From the purely fun (gravity-defying acrobatics and circus acts) to the provocative (talks and conversations about pressing contemporary issues) to some powerhouse acts (the Wailers Band, which brought Bob Marley to reggae superstardom), this year’s International Festival of Art & Ideas has offerings for people of every age and with diverse interests.
By Susan Gonzalez
Share this with Facebook Share this with Twitter Share this with LinkedIn Share this with Email Print this

From the purely fun (gravity-defying acrobatics and circus acts) to the provocative (talks and conversations about pressing contemporary issues) to some powerhouse acts (the Wailers Band, which brought Bob Marley to reggae superstardom), this year’s International Festival of Art & Ideas has offerings for people of every age and with diverse interests.

The annual festival, which takes place June 3-24, features over 200 events and brings artists and thinkers from around the world to New Haven stages. Most of the offerings are free. The festival is one of the biggest arts and cultural events in the New England region, attracting more than 100,000 people to its events.

Audiences will be treated to four world premieres and four works commissioned by the festival. Yale is a major sponsor of the three-week event, and many of the performances and talks take place on the campus.

Below are just some of the festival highlights. A complete schedule can be found on the International Festival of Arts & Ideas website.

• The Mexican band Troker will bring its funk drumming, jazz and mariachi traditions from its homeland to the Green at 6 p.m. on Saturday, June 17, in a concert that also features the Latin soul group Fulaso;

• Connecticut native and Grammy Award-nominated saxophonist, composer, and arranger Jimmy Greene will perform a sequel to his album “Beautiful Life,” which celebrates the life of his six-year-old daughter Ana Márquez-Greene, who was killed at Sandy Hook Elementary School. He will be joined for the June 18 concert (7 p.m.) by musicians from the New Haven Symphony Orchestra for his performance of “Beautiful Life, Volume 2.”

• The Wailers Band, which put reggae — and Bob Marley — on the map outside of Jamaica, will perform at 7 p.m. June 24 with the live band Rusted Root, which has accompanied such legends as Santana, Robert Plant and Jimmy Page, the Allman Band, and the Dave Matthews Band, among others.

• “Black Girl: Linguistic Play”: Award-winning choreographer Camille A. Brown uses the rhythmic play of social dance, double dutch, steppin’, tap, and live original music to represent a spectrum of black womanhood — and the bonds of sisterhood — in a racially and political world. Performances are Thursday and Friday, June 15 & 16, at 8 p.m. in the University Theatre.

• (Be)longing, a festival co-commission with the Long Wharf Theatre, reflects on society’s collective emergence from large-scale tragedies (such as the Virginia Tech and Sandy Hook Elementary School shootings). Conceived by Byron Au Yong and Aaron Jafferis, the performance features locally cast singers, beatboxers, and hip-hop artists in a staged oratorio about belonging, isolation healing, and community. The show takes place at 2 p.m. on Saturday and Sunday, June 17 & 18, at Long Wharf Theatre.

• In “Manual Cinema: The End of TV,” a world premiere and festival-commissioned work, the company Manual Cinema transforms the experience of attending the cinema, combining shadow puppetry, theatricality, cinematic techniques, and innovative sounds and live music to create immersive stories. It will take place at 8 p.m. Monday-Thursday, June 19-22, at University Theatre.

• We Are Citizens, the culmination of a three-day intensive New Haven residency with Theatre of the Oppressed NYC, a company whose mission is to partner with communities facing discrimination to inspire transformative action through theater. New Haven residents will take the stage to share stories, upend old narratives, and find new solutions. Performances are at 5:30 p.m. and 8 p.m. at the Bregamos Theater in Fair Haven.

• “Whitman, Melville, Dickinson — Passions of Bloom,” a world-premiere oratorio by Yale composer Martin Bresnick, will be performed by Yale Choral Artists under the direction of Jeffrey Douma. The oratorio is modeled on Bach’s “St. John Passion” and centers on the thoughts of Yale literature professor Harold Bloom and the lives of the legendary poets. It will take place on Tuesday, June 20, at 8 p.m. in Morse Recital Hall in Sprague Memorial Hall.

• Wu Man + Miró Quartet will perform the world-premiere of “Gardenia” by Chinese composer Xiaogang Ye on Thursday, June 22, at 8 p.m. in Morse Recital Hall. “Gardenia” was composed for string quartet and Pipa, a traditional Chinese instrument.

• Yale Institute for Music Theatre open rehearsal readings will take place on Friday and Saturday, June 23 and June 24, at 1 p.m. and 5 p.m. both days. These readings at the Off-Broadway Theatre are the culmination of the annual Yale Institute for Music Theatre, an intensive, two-week summer lab that allows composers, book writers, and lyricists the opportunity to develop their work with a team of professional directors and music directors, as well as a company of actors and singers. The performances will feature the shows “Cowboy Bob,” about a female bank robber disguised as a man who avoided detection for 10 years, and “GUMBO,” about a couple who must save the soul of a city from the hellish Gumbo Pot. 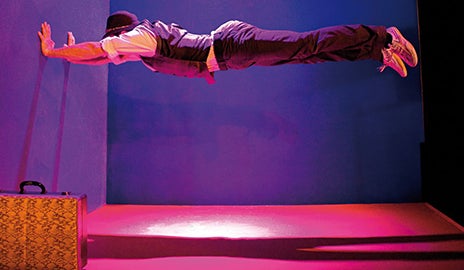 • “Leo, the Anti-Gravity Show,” challenges the senses through the interplay of acrobatic physical theater and video projection. Directed by the Montréal actor and director Daniel Brière, and based on an idea by the performer Tobias Wegner, the show will take place on Friday, June 23, at 8 p.m. and Saturday, June 24, at noon and 3 p.m. in the University Theatre.

• Yale-China HKETO-NY Arts Fellows will premiere their projects, which were created by the emerging professional Chinese artists during an 18-month fellowship, half of that time spent in New Haven learning from practicing artists and professors at Yale and in the New Haven community. The artists and their performances are Phoebe Hui, The Chaos Project; Cai Ying, “in-between”; Debe Sham, “New Haven Green & I”; and Onnie Chan, “Never Stand Still.” The premieres take place June 22-24 at various locations; check the website.

In the Altar’d Spaces

The four churches on the New Haven Green, long sanctuaries and historic meeting houses, will serve as arts incubators this summer for festival performances in such genres as folk music, theater, spoken word, and dance. These events take place June 10-21.

The Ideas portion of the festival will feature talks on democracy, gun violence, the role of downtown spaces, political tyranny, the economy, local and state cuisine, citizenship and belonging, the late playwright August Wilson, and more. Among the featured guests are Yale historian Timothy Snyder, whose “20 Lessons [on tyranny] from the 20th Century” has earned widespread attention from the media and on social media; WNPR radio host John Dankosky talking about the economy under Donald Trump; a Town Hall discussion, led by local hip-hop playwright Aaaron Jafferis, on the topic “Why do young people in this country shoot each other, or get shot?”; and a conversation between theater artist Taylor Mac and Bassem Youssef, called “The Jon Stewart of Egypt,” about building community through humor and art during current times.

See the Arts & Ideas website for more on these and other lectures and conversations. 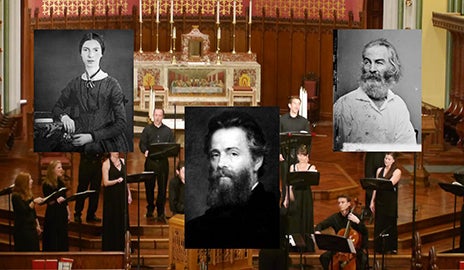 Whether traveling by foot, bicycle, or boat, festival guests will find plenty to explore in the Greater New Haven area as part of the festival. Walking tours will be offered to explore notable trees in New Haven, the Whitney Water Treatment Plant, the Audubon Arts District, East Rock Park, Ireland’s Great Hunger Museum in Hamden, a local farm, sacred spaces at Yale, the newly built Adams Center for Musical Arts at Yale, the Amistad, and other sites.

Bicycle tours will explore local eating establishments, the Farmington Canal North Trail, local gardens and greenspaces, the Shoreline Greenway Trail, and the East Greenway South, among other areas and spaces.

A kayak tour at Lighthouse Point and a canoe tour of the Mill River will also be offered.

In addition, free talks and exhibition tours will take place at the Yale University Art Gallery and the Beinecke Rare Book and Manuscript Library. These examine current exhibitions and permanent collections, as well as items in the collections that relate to other festival events. See the schedule for these tours on the website.