Three Yale juniors — Andi Peng, David Shimer, and Malina Simard-Halm — have been chosen as 2017 Truman scholars. Yale is the only college or university in the nation to produce three Truman scholars in 2017, bringing the historical number of Yale Truman scholars to 56.

The Harry S. Truman Scholarship Foundation was created by Congress in 1975 to be the nation’s living memorial to President Harry S. Truman. The foundation has a mission to select and support the next generation of public service leaders. Since its creation, the Truman award has become one of the most prestigious national scholarships in the United States. 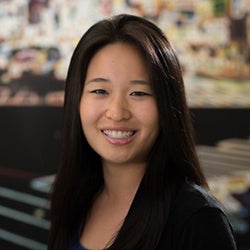 Peng, of Berkeley College, studies how technological innovation and public policy intersect to shape economicprosperity, public health, and national security. As a double major in global affairs and cognitive science, she researches artificial intelligence and machine learning, studies policymaking as a member of Yale’s Grand Strategy program, and serves as head teaching assistant for CS50, the university’s largest engineering course. Last summer, Peng worked at NASA, where she designed and published the first full-system engineering model of the Hyperloop, a high-speed transportation concept with the potential to revolutionize global travel. She has also worked in Israel, exploring how technology can enhance peace education and conflict reconciliation in the region. After graduation, she plans to pursue graduate degrees in computer science and public policy.

Shimer, of Davenport College, is majoring in history with a focus on Russia and Eastern Europe. He first developed a passion for the region while in high school, where he wrote an original Cold War thesis under Yale history professor John Gaddis that was later published in the West Point Undergraduate Historical Review. At Yale, he is the editor-in-chief of the Yale Daily News, leading a board of 40 and a staff of roughly 200 students. Shimer previously interned for Hillary Clinton’s campaign policy and debate preparation teams. He intends to complete his B.A. and M.A. in history in May 2018, and then to pursue a joint J.D. and M.A. in international affairs.

Malina Simard-Halm, of Timothy Dwight College, studies political science and economics at Yale with a concentration in mass incarceration. Passionate about criminal justice reform and social justice, she spends time outside of school working at the Federal Public Defender’s office and researching for the Yale Students for Private Prison Divestment. One of the first children born to two gay fathers through assisted reproduction, Simard-Halm has served as an advocate for LGBTQ rights and families. She has spoken in the Huffington Post, on NPR, and in court, and has submitted testimony for the amicus brief, “Voices of the Children,” used and cited in recent Supreme Court cases. She currently serves as a member of the Outspoken Generation, a sub-organization of Family Equality Council and is on the board of directors of the National Non-Profit COLAGE (Children of Lesbians and Gays Everywhere). With a career in public service, she plans to dedicate herself to combatting civil inequality and injustice on a legal level.

Annually, candidates for the Truman Scholarship go through a rigorous, multi-stage selection process. In 2017, there were 768 candidates for the award nominated by 315 colleges and universities, a record number of institutions. The 199 finalists for the award were interviewed in March and early April at one of 16 regional selection panels. Sixty-two new Truman Scholars were selected in 2017. They will receive their awards in a ceremony at the Harry S. Truman Presidential Library and Museum on May 28.

Recipients of the Truman Scholarship receive a $30,000 scholarship toward graduate school and the opportunity to participate in professional development programming to help prepare them for careers in public service leadership. Students interested in the Truman scholarship may seek advice from the Office of Fellowships Programs in the Center for International and Professional Experience. The annual process opens every September with deadlines in mid-November.