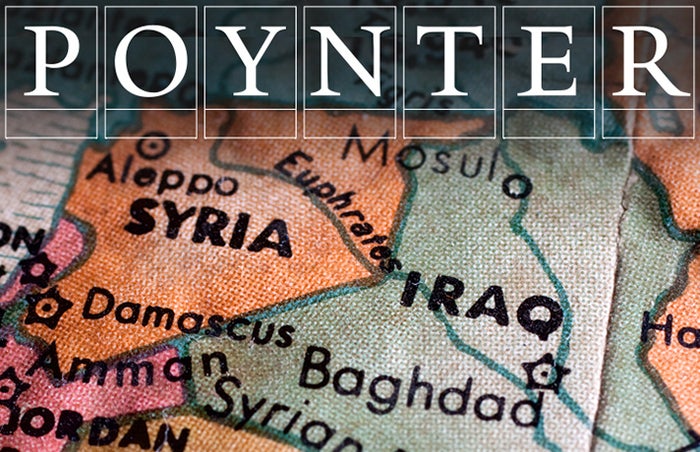 Nancy Youssef, national security correspondent for Buzzfeed News, will present a talk titled “Covering Civilian Casualties of War — the case of Iraq and Syria” at Yale on Monday, April 10 at 5:30 p.m. as a Poynter Fellow in Journalism.

Her talk, which is free and open to the public, will take place in Rm. 202 of Luce Hall, 34 Hillhouse Ave. The event will include a panel discussion with Yale faculty members Zareena Grewal and Dr. Hani Mowafi. It is co-sponsored by the MacMillan Center, the Council on Middle East Studies, the Department of Emergency Medicine, the Program on Refugees, Forced Displacement, and Humanitarian Responses, and the Center for the Study of Race, Indigeneity, and Transnational Migration.

Nancy A. Youssef is an Egyptian-American journalist who joined Buzzfeed as a national security correspondent in 2017. She previously wrote for the Baltimore Sun, the Detroit Free Press, Knight Ridder, MacClatchy, and The Daily Beast. She has written about the on the Iraq war both during and after the conflict. Her work focused on the Iraqi citizens, centering on how the U.S. military strategy was influencing the social and political dynamic. Her pieces reflected on the everyday life of the Iraqi people and coverage of civilian casualties. As Middle East bureau chief for McClatchy, Youssef covered the events of the 2011 Egyptian Revolution.

Zareena Grewal, assistant professor of American studies and religious studies, is a historical anthropologist and a documentary filmmaker whose research focuses on race, gender, religion, nationalism, and transnationalism across a wide spectrum of American Muslim communities. She is author of “Islam is a Foreign Country: American Muslims and the Global Crisis of Authority” and the forthcoming “Is the Quran a Good Book?” Her films include “By the Dawn’s Early Light: Chris Jackson’s Journey to Islam.” Her citizen-reporting and essay in The New York Times helped spark a Pentagon investigation into the bombing of a civilian neighborhood by the U.S. military and a concession by the Coalition that it had done so in error.

Dr. Hani Mowafi is assistant professor of emergency medicine and chief of the Section of Global Health and International Emergency Medicine. His interests are in developing the science and practice of emergency care with a special emphasis on low- and middle-income countries where the burden of emergency conditions is greatest and there is an unmet need for emergency services. His public health interests include defining characteristics of global emergency care systems; evaluating the burden of injury in low- and middle-income countries, and addressing health and human security in chronic humanitarian emergencies. He will discuss using public health approaches to studying mortality and excess mortality in conflict.

The Poynter Fellowship in Journalism was established by Nelson Poynter, who received his master’s degree in 1927 from Yale. The fellowship brings to campus journalists from a wide variety of media outlets who have made significant contributions to their field. nRecent Poynter Fellows include Sarah Hepola, Brian Fallon, and Neil Barsky.