Yale People: Alumna journalist tells stories behind the stories with 'Off Assignment' 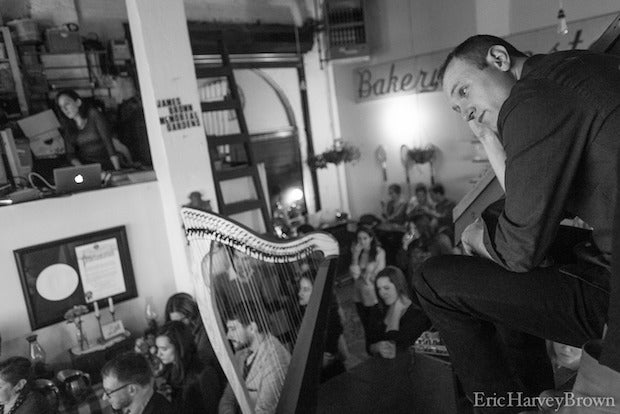 Colleen Kinder ‘03 wrote many stories for a variety of prestigious publications during her years as a freelance travel writer, but they often weren’t, in her estimation, the stories of each trip.

“There was a period in my life where I’d pitch an article only to go and discover a story that was different altogether,” Kinder said. “I had to do the job that was requested, but I always had this nagging feeling that there was something I was leaving behind.”

That feeling persisted as Kinder spent a summer in Iceland, did a Fulbright Scholarship program in Mexico City, lived in Cairo, earned her master’s degree in nonfiction writing from the University of Iowa, and landed a job as a part-time lecturer in the English department at Yale in 2012.

It wasn’t until 2013, however, when she brought renowned travel writer Pico Iyer to speak to her students, that she realized other journalists shared that same feeling.

“I expected him to lead craft talk, but he kept telling these amazing, scintillating anecdotes about the process of gathering stories,” Kinder recalled. She herself was “fascinated,” and her students expressed their wish that Iyer had written those stories as well.

Kinder soon discovered that this “Pico experience” resonated with all of her journalist friends and colleagues as well, so she founded an organization to channel this untapped creative energy: Off Assignment.

Off Assignment (OA) began in New York City in 2013 as a series of live storytelling nights in which renowned journalists would tell “the stories behind the stories” to other journalists and writers. When the OA team established an online presence in 2016, however, they discovered a voracious appetite for this behind-the-scenes style of storytelling from readers across the country. OA capitalized on this interest to expand their online offerings, like audio features and special series like Letter to a Stranger, where writers address strangers who left an impression on them, and What I Didn’t Say, where they pen essays on those details they left out of published stories.

“Readers really want to go behind the scenes. We’ve gotten so much signal of that hunger,” Kinder said. More importantly than entertainment, she added, is her deeper mission for OA: re-forging the human connection between journalists and readers.

“I think truth in storytelling is more important than ever,” she said, noting that, in the contemporary field of journalism, news comes fast and furious, and truth can be hard to discern. “You can fight fake news by banging out a quick article that tries to contradict a fake news story, but you can also slow down and write a more in-depth, human, vulnerable story about what’s going on.”

Kinder said that she hopes OA can foster this “deepening” of journalism by encouraging writers to “sit with the stories they’re churning out” and produce the more off-the-record style of storytelling that has so far resonated with audiences and fellow writers alike. To that end, the Off Assignment team just launched a month-long Kickstarter campaign.

“We’ve had a lot of momentum…and we have this beautiful cache of gorgeous writing, but we need resources to keep going,” Kinder said. “All of us feel so grateful for reporters who are out there right now running after stories and pursuing truths, but I’d hope that Off Assignment would be a way for them to slow down…and take a hard turn in the direction of deepening journalism.”