Holloway offers historical perspective on lynching in documentary ‘An Outrage’ 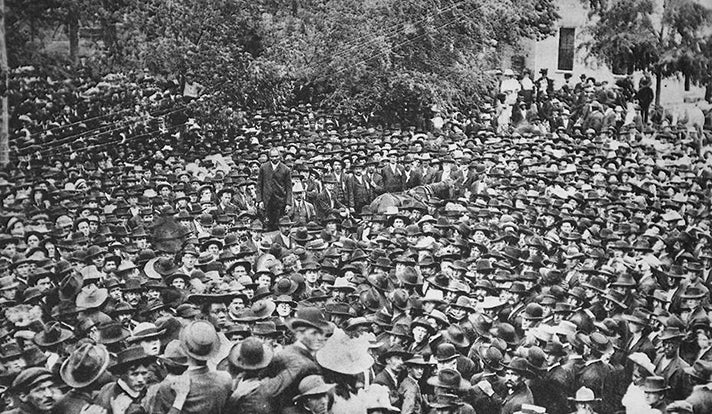 Yale College Dean Jonathan Holloway is among the historians featured in “An Outrage,” a new documentary about lynching that is designed to be a teaching tool for use in classrooms across the country.

“An Outrage” was created through a partnership between the Southern Poverty Law Center’s Teaching Tolerance project and independent filmmakers Hannah Ayers and Lance Warren of Field Studio, a production company based in Richmond, Virginia. The documentary will premiere on March 11 at the Smithsonian National Museum of American History in Washington, D.C.

Teaching Tolerance is an anti-bias education program with a network of nearly 500,000 teachers across the United States. The film, which has a 30-minute run time, will be available free to educators this fall through a number of methods, including a video stream on tolerance.org. Teaching Tolerance is also developing curriculum to use with the film.

“An Outrage” highlights the oft-hidden history of lynching and explores its resonance today. It was filmed at lynching sites in six states — Georgia, South Carolina, Mississippi, Texas, Tennessee, and Virginia — and features commentary by scholars, community activists, and descendants of victims.

In addition to his role as dean of Yale College, Holloway is the Edmund S. Morgan Professor of African American Studies, History, and American Studies at Yale. He specializes in post-emancipation United States history with a focus on social and intellectual history.

Referencing the accounts captured in “An Outrage,” Holloway says in the documentary, “I promise you, once you start taking in the ‘unofficial histories,’ the official history doesn’t look quite so accurate anymore.”