Four current Yale students and four alumni will pursue graduate study next year at Tsinghua University in Beijing, one of China’s premier institutions, as Schwarzman Scholars.

The eight — current students Madeline Bauer ’17, Max Goldberg ’17, Yuci Ren ’17, and Tonatiuh Lievano GRAD ’17 and alumni Zahra Batie ’15 Paul Lorem Aminathia ’15, Filippos Lekkas ’14, and Paul Wasserman ’14 —are among 129 international scholars chosen through a rigorous selection process designed to evaluate leadership and potential, intellectual and academic ability, ability to inspire others to a vision, and other characteristics. The master’s degree Schwarzman Scholars program was founded by Blackstone chair, CEO, and co-founder Stephen A. Schwarzman ’69, who also made a path-breaking $150 million gift to Yale to renovate its historic Commons and Memorial Hall as the Schwarzman Center.

This year’s winners represent the second class of Schwarzman Scholars. The Class of 2018 is composed of students from 30 countries and 75 universities, with 45% from the United States, 20% from China, and 35% from the rest of the world. These future leaders are being trained to confront the most difficult challenges of the coming century and develop an understanding of China necessary to lead in the future, according to a press release announcing this year’s winners. Expenses for each scholar are fully funded by the program, housed at Tsinghua University.

“I am overjoyed with the caliber of students who will make up the second class of Schwarzman Scholars. It has been truly inspiring for me to meet these people, who at such a young age have already started to make an impact on the world,” says Schwarzman. “Clearly their journey is just beginning, but it is our hope that the scholars of the inaugural class, the Class of 2018, and every class thereafter will leave Schwarzman College with a better understanding of how to foster friendship, cooperation, and collaboration among the peoples of the world.”

Schwarzman Scholar applications were reviewed by a team of readers from the world, with 300 semi-finalists invited for in-person interviews in Beijing, Bangkok, London, and New York before international panels composed of CEOs, former heads of state, university presidents, nonprofit executives, journalists, and other leaders. 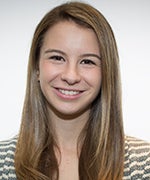 Madeline Bauer ’17 of Calhoun College is studying history and East Asian studies at Yale. Outside of the classroom, she served as vice president of the Yale College Council, is a violinist in the Yale Symphony Orchestra, and is an editor of the student publication “China Hands.” She is from the United States. 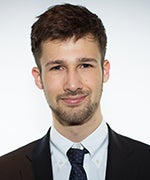 Max Goldberg ’17 of Pierson College will graduate Phi Beta Kappa from Yale with a bachelor’s degree in ethics, politics, and economics. At Yale, he founded the Financial Literacy and Justice Task Force, a nonprofit campus organization that teaches financial decision-making and raises awareness of predatory lending in New Haven public schools. As a Liman Fellow of Yale Law School, he worked in San Francisco (his native city) and Hong Kong to promote legal reform dialog between the United States and China. As a Schwarzman Scholar, he seeks to build relationships that will further his work to foster China-U.S. cooperation on matters of law. 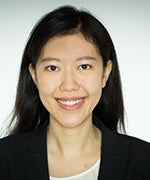 Yuci Ren ’17 of Jonathan Edwards College will graduate from Yale University with a bachelor’s degree in economics and history. At Yale, she was the co-president of the China Economic Forum, a student-run organization to promote greater understanding of Chinese politics, economy, and culture through educational events. As a Schwarzman Scholar, she hopes to foster future collaborations between China and the rest of the world. Beyond that, she hopes to work for NGOs and devote her career to public service. She is from China. 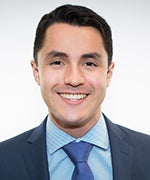 Tonatiuh Lievano GRAD ’17 studied biomedical engineering with a minor in economics at Harvard College, where he developed medical devices, was a student government representative, and worked on water sanitation and antipoverty policy. Following graduation, he spent a year as a Michael C. Rockefeller Fellow in Brazil and Mozambique, delving into public health, education, and advocacy. He speaks English, Spanish, Portuguese, and French, and hopes to study Chinese cities and the ways in which the public and private sectors are working to address their policy and livability challenges. He is from the United States and Mexico. 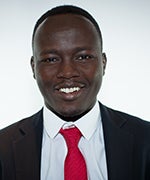 Paul Lorem Aminathia ’15 of Timothy Dwight Collegegraduated from Yale with a bachelor’s degree in economics. Upon graduation, he launched an agri-business startup in Kenya, which seeks to integrate small-scale farmers into the regional agricultural value chains through contract farming. In June 2016, he moved to South Sudan where he took up a job with a local radio station to teach financial literacy on a radio show. He plans to return to his home country of South Sudan to contribute to development. 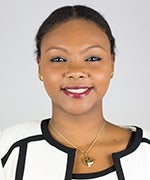 Zahra Baitie ’15 of Calhoun College was chosen as Schwarzman Scholar last year, but will part of the Class of 2018. She was born in the United Kingdom, brought up in Ghana, and educated in South Africa, the United States, and China. She considers herself a globally minded citizen with a pan-African spirit. She studied global affairs at Yale with a focus on East Asian and African studies. She is fluent in Mandarin and is passionate about the development of emerging countries. She hopes to catalyze transformative growth on the African continent and to positively shape Sino-Africa affairs. She is currently an associate consultant at Dalberg Global Development Advisors. 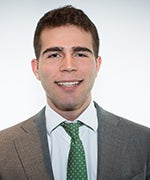 Filippos Lekkas ’14 of Calhoun College studied politics and economics at Yale, where he competed with the Debate Association and led the Yale European Undergraduates. After working across Europe for BCG and the European Commission, he founded syn+praxis, a “21st century think tank” that activates the latent intellectual capital of the globally dispersed Greek academic and professional community to produce actionable and accessible public policy research. He hopes to better lead European public and private institutions in developing strategies to manage China’s internal complexity. He is from Germany and Greece. 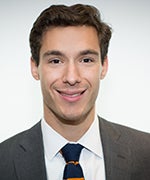 Paul Wasserman ’14 of Silliman College graduated from Yale with a bachelor’s degree in history, with a focus on Russian and East European studies. He is the research associate for Dr. Zbigniew Brzezinski at the Center for Strategic and International Studies. Through his work, he has become interested in the shifting power dynamics between the United States, Russia, and China and its impact on the global order.  Previously, he lived in Samara, Russia for one year as the recipient of a Fulbright fellowship. He is from the United States.

The Schwarzman Scholars program was inspired by the Rhodes Scholarship, which was founded in 1902 to promote international understanding and peace, and is designed to meet the challenges of the 21st century and beyond. Stephen A. Schwarzman personally contributed $100 million to the program is leading a fundraising campaign to raise an additional $350 million from private sources to endow the program in perpetuity. The $450 million endowment will support up to 200 scholars annually from the United States, China, and around the world for the one-year master’s degree program at Tsinghua University, which serves as a base for China’s scientific and technological research. Scholars chosen for this highly selective program live in Beijing for their study and cultural immersion, attending lectures, traveling, and developing a better understanding of China.