‘Bulgaria! Revolt!’ — a new musical is staged by School of Drama students 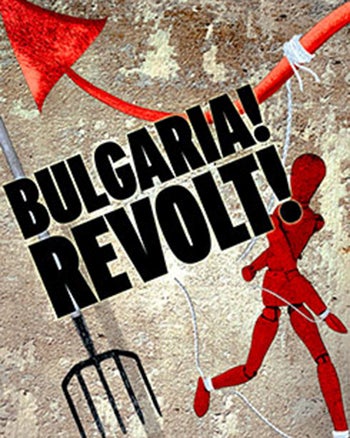 Can one small person or nation change the great tide of history? That question is explored in the Yale School of Drama’s next production, “Bulgaria! Revolt!”

From a Bulgarian village on the eve of revolution to the fantastical capitalist paradise of America, a condemned poet travels through time and space in this tragicomic new musical inspired by Geo Milev’s epic poem, “September.” Performances run Dec. 9-15 at the Iseman Theater, 1156 Chapel St.

“Bulgaria! Revolt!” was created by Elizabeth Dinkova and Miranda Rose Hall, with book and lyrics by Hall and music by Michael Costagliola. Dinkova will direct the production.