Yale’s Graduate and Professional Student Senate (GPSS) released a report Oct. 17 on Race, Diversity, and Inclusion that it shared with all graduate and professional students.

The report by the GPSS Ad hoc Committee was in response to events on campus last fall. Based on feedback from a diversity forum held in the fall by GPSS, the committee administered a survey asking graduate and professional students about their experiences with bias and discrimination at Yale.

professional students,” said Yale Law School student Sameer Jaywant, the 2016-2017 chair of the GPSS committee on diversity and inclusion, and a co-author of the report. “For example, one third of students reported experiencing bias, discrimination, or harassment, including 72% of Black/African American students. These numbers are unacceptably high,” Jaywant stated.

Recommendations in the report range from GPSS periodically holding a Diversity Summit to bring together leaders of diversity-related groups across campus to having all faculty, staff, and students at the university participate in diversity training programs.

“Obviously, this report is just a small step towards creating a Yale community of mutual respect, inclusion, and tolerance,” said GPPS President Will Culligan, a student in the Graduate School of Arts & Sciences and the School of Medicine “I’m proud of the tremendous work put in by the committee to generate this report, and am looking forward to working on the recommendations this year.”

The GPSS Ad hoc Committee on Diversity and Inclusion, in its first full year of existence, intends to use the report and recommendations as a guide for its advocacy and programming plans for the year. The full report can be found on the GPSS website, gpss.yale.edu. 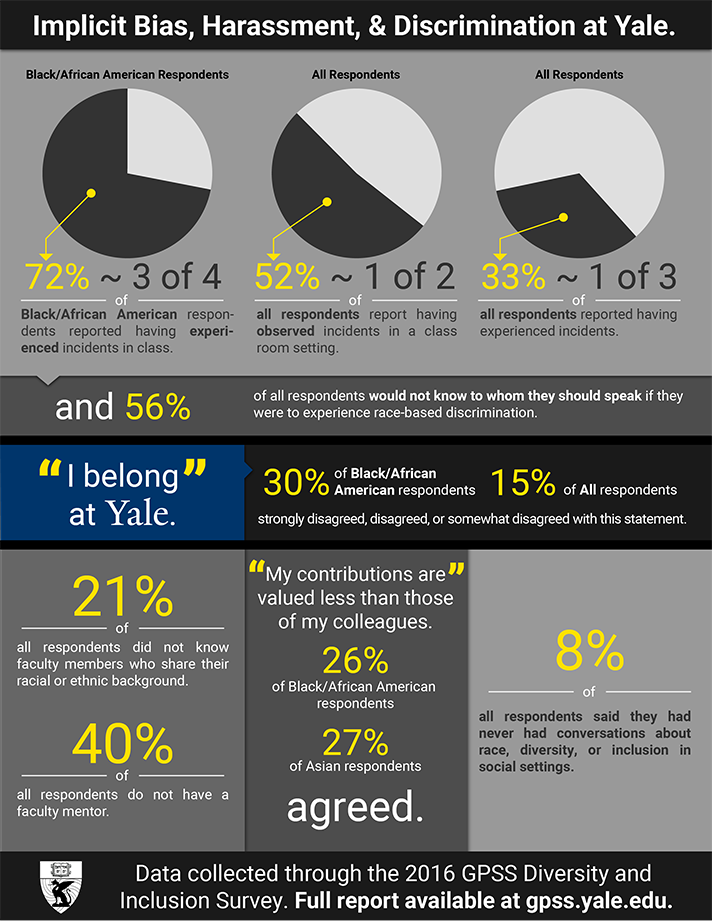