Heads of the two new residential colleges are named

The inaugural heads of Yale’s two new residential colleges have been announced by President Peter Salovey and Yale College Dean Jonathan Holloway. Charles Bailyn, professor of astronomy and physics, will be the head of Benjamin Franklin College, and Tina Lu, professor of East Asian languages and literatures, will be the head of Pauli Murray College.

The new colleges will be finished by the time the incoming Class of 2021 arrives on campus. 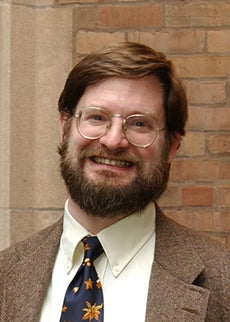 Bailyn has been a member of the Yale community since his undergraduate years, earning his B.S. in astronomy and physics from Yale College in 1981 and later returning to campus in 1990 to join the faculty ranks. In 2010 he was named the A. Bartlett Giamatti Professor of Astronomy and Physics. From 2011 to 2016 he served as the inaugural dean of the faculty of Yale-NUS College in Singapore.

In his research, Bailyn studies black holes and related sources of celestial X-rays, as well as dense star clusters and the effects of collisions between stars. His work on measuring the masses of black holes was awarded the 2009 Bruno Rossi Prize from the American Astronomical Society, and he has carried out research with a wide variety of ground- and space-based telescopes, including NASA’s Hubble Space Telescope.

“In the classroom, he has developed innovative approaches to teaching courses for non-scientists,” noted Salovey and Holloway in their letter to members of the Yale community.  He was awarded the Dylan Hixon Prize, Yale’s highest honor for teaching excellence in the natural sciences, in 2004. One of his courses, “Frontiers and Controversies in Astrophysics,” was among the first to be put online as a part of the Yale Open Courses initiative. In 2014 he published a book with Princeton University Press, “What Does a Black Hole Look Like?” to introduce the empirical study of black holes at the undergraduate level. At Yale-NUS, he led a seminar on black holes, and was part of the team that developed and delivered the “Scientific Inquiry” course taken by all students in their first semester.

As a Yale undergraduate, Bailyn was awarded the George Beckwith Prize in astronomy and was an avid participant in the a cappella singing scene. Salovey and Halloway noted in their letter that Bailyn considers becoming a pitchpipe of the Duke’s Men at the age of 19 one of the highlights of his undergraduate experience. After completing his Yale College degree, he pursued graduate work at the University of Cambridge and at Harvard University, receiving his Ph.D. from Harvard in 1987 and spending three years as a member of Harvard’s Society of Fellows before returning to Yale as an assistant professor of astronomy. He has served both as chair and as director of undergraduate studies in the Department of Astronomy and was a member of the 2001-03 Committee on Yale College Education, which reviewed Yale’s undergraduate curriculum. He twice chaired the Teaching, Learning, and Advising Committee in Yale College. In his five years at Yale-NUS, he led the recruitment of more than 100 faculty members and supervised the development of the college’s common curriculum.

Bailyn will be joined at Benjamin Franklin College by his family: Associate Head of College Rebecca J. Tannenbaum and their daughter, 14-year-old Jane. Tannenbaum earned her B.A. from Wesleyan University and her Ph.D., in history, from Yale. She was an assistant professor at the University of Illinois in Chicago before returning to Yale as a lecturer, and then senior lecturer, in history and the history of medicine. She has published two books, “The Healer’s Calling: Women and Medicine in Early New England and Health” and “Wellness in Colonial America.” At Yale, she has taught undergraduate courses, including a seminar on witchcraft in colonial America, and has supervised more than 70 senior projects. At Yale-NUS she led the teaching team for the common curriculum course “Comparative Social Institutions,” and she developed a course on global women’s history, which she is bringing back to Yale as a freshman seminar.

Jane recently completed middle school at the Overseas Family School in Singapore, and will enroll at Hamden Hall in September. She is “passionately enthusiastic about art, theater, and LGBT rights,” said Salovey and Holloway in their letter. The family will be accompanied by two black cats, Jenny and Mandy, and possibly other animal companions as well. During the past academic year Bailyn, Tannenbaum, and Jane lived in the newly opened Yale-NUS permanent campus in Saga College, one of its three residential colleges.

“Having had the experience of helping to create a new community of learning in Singapore, they are thrilled to have the rare opportunity to undertake a similar endeavor in New Haven,” Salovey and Holloway wrote.

Tina Lu joined Yale’s Department of East Asian Languages and Literatures (EALL) in 2008, with a secondary appointment in the Department of Comparative Literature. She has served as EALL’s director of graduate studies (from 2009-2010), director of undergraduate studies (2012-2013), and chair (2013-present). In 2009 she was a visiting professor with the Yale-PKU program in Beijing; since 2013 she has been a consulting faculty member to Yale-NUS College, where she taught as a visiting professor in spring 2015.

Specializing in Chinese literature from 1550 to 1750, Professor Lu has written three books — one on personal identity, one on the nature of the human community, and the most recent (still being completed) about materiality. Noted Salovey and Holloway: “In the course of them, she has discussed a portrait that comes to life, optical illusions, and stories about severed heads!” Her current work examines time travel and its pre-modern antecedents. With colleagues at other universities in art history and social history, she is also at work on a collaborative book about Xu Wei, the 16th-century polymath, playwright, and painter.

One of her major ongoing projects is The Ten Thousand Rooms, a web-based platform she is developing with grant support from the Mellon Foundation (and in collaboration with her colleague Mick Hunter) that will allow scholars around the world to work together on the transcription, translation, and commentary of pre-modern Chinese sources. She has been an invited speaker and panelist at dozens of universities and other forums in the United States and internationally. In 2009, she was awarded the Gustav Ranis Prize for Best Book on an International Subject by a Yale Faculty Member, and from 2005 to 2011 she was a Mellon Foundation New Directions Fellow. She has served on numerous Yale advisory groups, from the Humanities Program Executive Committee to the Digital Humanities Executive Committee to the Yale-NUS Advisory Committee and Curriculum Review Committee. Her undergraduate courses include EALL 200, “The Chinese Tradition,” an overview of Chinese culture and history from antiquity to the 20th century.

Lu earned her A.B. (in East Asian languages and civilizations) and Ph.D. (in comparative literature) from Harvard University. Prior to coming to Yale, she was a member of the faculty at the University of Pennsylvania from 1998 to 2008, earning tenure in 2004.

At Murray College, Lu will be joined by her husband, Associate Head of College Stuart Semmel, a senior lecturer in history and in the Humanities Program. His teaching includes the Directed Studies course on “Historical and Political Thought” and history lectures on 19th-century Britain and on the British empire, as well as a variety of seminars. He received his A.B. and Ph.D. from Harvard, where he and Lu met as graduate students. Before coming to Yale, he was an associate professor at the University of Delaware. His first book looked at how British politics and culture made use of Napoleon Bonaparte; his current project reconstructs the life of an obscure early 19th-century woman who tried to influence British political opinion.

Lu and Semmel have five children, all of whom will be attending New Haven public schools beginning in the fall: Tovah (aged 14), a freshman at Wilbur Cross; Natalie (also 14), a freshman at New Haven Academy; Eli (aged 11), a sixth-grader at Worthington Hooker School; Ada (aged 8), a third-grader at Worthington Hooker; and Rafi (aged 5), a kindergartener at Worthington Hooker. The siblings, like their piano-playing father, are musically inclined, counting among them a saxophonist, a violinist, a cellist, and a pianist. (Rafi does not yet play an instrument.)  “Their other interests range from David Bowie to ‘Hamilton,’ and from Peppa Pig to the more obscure of Madeleine L’Engle’s novels,” wrote Salovey and Hollway, adding, “They have been lobbying their parents for a Pauli Murray College inaugural dog.”

The family are avid travelers, sometimes referring to themselves as the Traveling Semmel-Lus, and have spent semesters abroad in both China and Singapore. They look forward to hosting — and perhaps playing in — musical events in the college.

A connection to their colleges

Salovey and Holloway said in their letter that they are “especially pleased” that the new heads of the colleges and their families also have a connection to and interest in the namesakes of their respective colleges.

“In making these appointments, one of the questions on our minds was: how will we choose whom to assign to each college? This decision was made easy by the immediate and compelling preferences of the two incumbents,” they wrote. “Professor Bailyn has a long connection to colonial American history: not only is his wife a colonial historian, but his father is one of the great scholars of the period, a true giant in the field. And Professor Lu describes Pauli Murray as the embodiment of Yale’s highest ideals of lux et veritas, a model of the transformative power of education, of the struggle for social justice, and of the pursuit of a calling — each in service of the others.”

Bailyn and Lu will work closely with the Yale College Dean’s Office and others to plan for a successful start to the two new colleges, Salovey and Holloway added. “The Benjamin Franklin and Pauli Murray deans and other staff members will be appointed over the course of the upcoming year, and together they will begin to establish the traditions, unique details, and sense of spirit that will ensure that these two new communities take root on equal footing with the twelve existing colleges.”

Salovey thanked the 14 members of the Steering Committee on Yale College Expansion, who served as the search advisory committee to inform these two appointments: faculty members Richard Bribiescas (deputy provost for faculty development and diversity, and professor of anthropology), Kathryn Lofton (Faculty of Arts and Sciences deputy dean for diversity and faculty development, professor of religious studies, American studies, history, and divinity, and chair of the Department of Religious Studies), and Stephen Pitti (director of the Center for the Study of Race, Indigeneity and Transnational Migration, professor of American studies and history, and head of Ezra Stiles College); staff colleagues Tom Beckett (director of Yale Athletics), Ann Kuhlman (director of the Office of International Students and Scholars), Saveena Dhall (assistant dean of Yale College and director of the Asian American Cultural Center), and Jessie Royce Hill, (dean of Silliman College); students Christopher Bowman ’18, Leah Motzkin ’16, and Adam Willems ’17; and alumni Ayaska Fernando’08, Erin Johnson ’08, Drew Ruben ’11, and Alex Werrell ’13.

“Please join us in congratulating Professors Bailyn and Lu on their new posts, and in extending appreciation to them — and to their families — for the vital contributions they will make as we write this next chapter of Yale College history,” wrote Salovey and Holloway.