Donald Trump will have more voter support in the presidential election than most people would have expected if he is the Republican nominee, and Hillary Clinton is likely to be the Democratic presidential nominee, National Public Radio (NPR) political correspondent Mara Liasson predicted during her campus talk on “The 2016 Election” as a Poynter Fellow on April 15.
By Susan Gonzalez
Share this with Facebook Share this with Twitter Share this with LinkedIn Share this with Email Print this 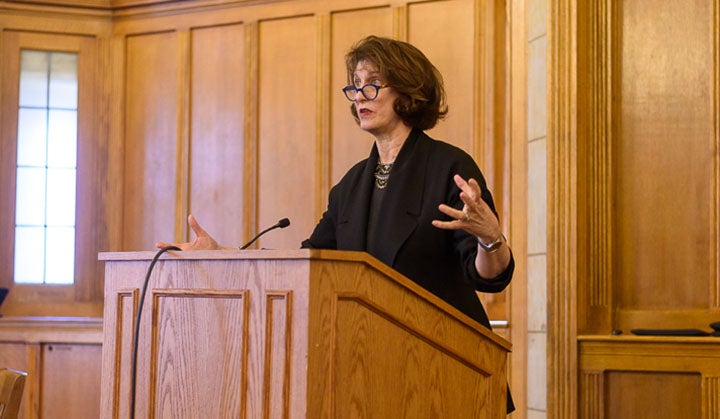