A global study of gender disparities among patients with the most deadly form of heart attack found that women have double the mortality rate of men. The Yale-led investigation highlights the need for a coordinated international effort to reduce the gender gap, say the researchers. 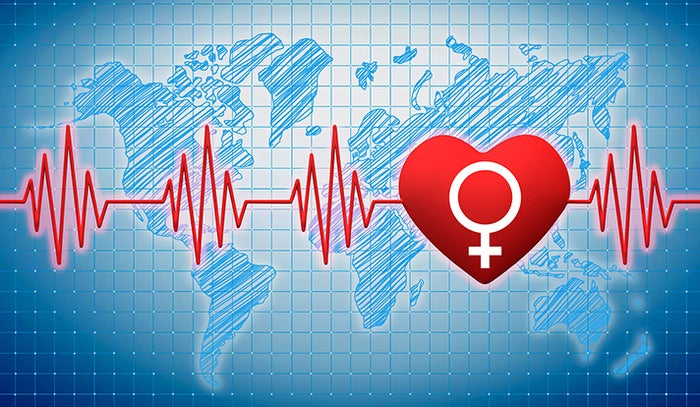 The study was presented April 4 at the 65th Annual American College of Cardiology Scientific Session & Expo in Chicago.

To examine the gender differences across the globe, the international research team conducted the largest meta-analysis of STEMI care and outcomes to date. Their review encompassed studies of more than 700,000 patients in 29 counties and six geographic regions. They studied gender disparities in patient characteristics, treatment times, and mortality at multiple points in time: in-hospital, 30 days, 6 months, and 1 year after the heart attack.

The researchers found that women in all countries studied experienced a mean delay of 5.3 minutes from hospital presentation to restoration of blood flow to the heart — known as “door to balloon” time. This finding is notable given that successful intervention and survival depends on minimizing treatment time, said the researchers.

They also determined that compared to men, women in all regions have double the in-hospital mortality rate, and women’s overall mortality rate was 70% higher at all follow-up time points.

“It highlights that there is a gender discrepancy between men and women in mortality outcomes with STEMI,” said first author Hyon Jae Lee. “All countries were affected, even here in the United States and Europe where there are STEMI initiatives that are meant to optimize care for everybody. That highlights the need to delve into this question and figure out why women have two-fold higher mortality rate than men.”

Root causes of the gender gap include barriers to care as well as differences in women’s risks factors, the study noted. Barriers include lack of awareness and knowledge about STEMI symptoms, in addition to financial, social, and cultural impediments to care. Women also tend to have different risk factors, such as older age at the time of heart attack and more co-morbidities such as diabetes, the researchers said.

The researchers, led by senior author and Yale professor of cardiology Alexandra Lansky, M.D., called for greater collaboration at the global level to address the problem. They are spearheading a new initiative called GLOW (Global Lumen Organization for Women), a global collaboration to improve outcomes of women with heart attacks worldwide, said Lansky, GLOW program co-chair.

A first step in the initiative, said Lee, could be to coordinate collection of data on STEMI and gender. “Once we have that data, it will take concerted effort to disperse the information to the medical community and increase awareness. A third step would be implementing programs to improve access and outcomes tailored to each region.”