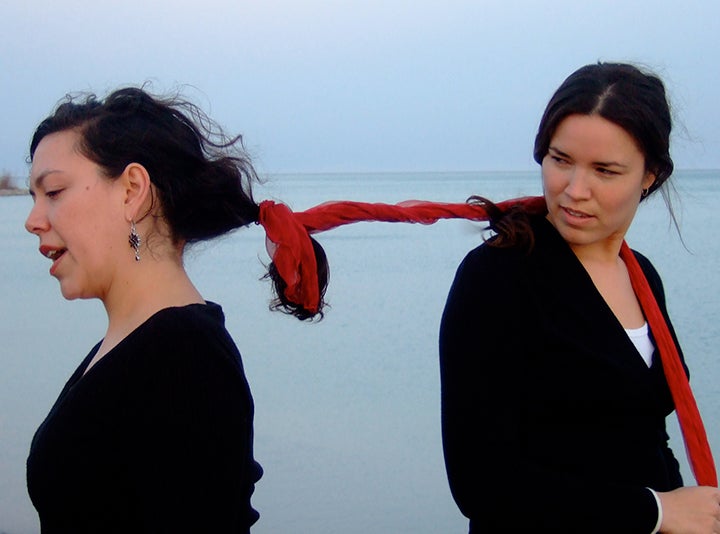 Indigenous feminist activism and performance will be explored in a campus event on Tuesday, March 8, which is International Women’s Day.

At the event, artist Maria Hupfield and scholar and activist Jaskiran Dhillon will present their work on the integral connections between performance and activism in indigenous political awareness and mobilization. Titled “Accomplice & Art Practice — Indigenous Feminist Activism & Performance,” the event takes place at 5 p.m. in Rm. 309 of William L. Harkness Hall, 100 Wall St. It will be followed by a light reception and more discussion at the Native American Cultural Center, 26 Wall St.

Hupfield and Dhillon will make presentations and discuss such issues as the struggles against gender-based violence and struggles for territorial, cultural, and intellectual sovereignty in ongoing settler colonial histories of the past and present.

Hupfield is a member of Wasauksing First Nation, Ontario, and is currently based in Brooklyn, New York. She recently received national recognition in the United States from the Joan Mitchell Foundation for her hand-sewn industrial felt sculptures. She won a Canada Council for the Arts grant to make work in New York. Her nine-foot birchbark canoe made of industrial felt was assembled and performed in Venice, Italy, for the premiere of “Jiimaan,” coinciding with the Venice Biennale. Upcoming projects include “#callresponse,” a multifaceted performance art for the Canada Council for the Arts’ {Re}Conciliation Initiative Project that presents the work of First Nations, Inuit, and Métis women as artists central to the strength and healing of their communities, and “Free Play” at the Trestle Gallery with Jason Lujan. Hupfield is an advocate of native community arts and activism and is the founder of 7th Generation Image Makers — a native youth arts and mural outreach program in downtown Toronto — at the Native Child and Family Services of Toronto. She is co-owner of Native Art Department International and from 2007-2011 was assistant professor in visual art and material practice at Emily Carr University of Arts and Design.

Dhillon is a first-generation academic and advocate who grew up on Treaty Six Cree Territory in Saskatchewan, Canada. Her work spans the fields of settler colonialism, anthropology of the state, anti-racist feminism, and youth studies. Her writing has appeared in The Guardian, Decolonization: Indigeneity, Education and Society, and Feminist Formations, among other venues. Her first book, “Prairie Rising: Indigenous Youth, Decolonization, and the Politics of Intervention,” is forthcoming from the University of Toronto Press. Dhillon is currently an assistant professor of global studies and anthropology at The New School in New York City.