New insights from the stalled El Niño of 2014 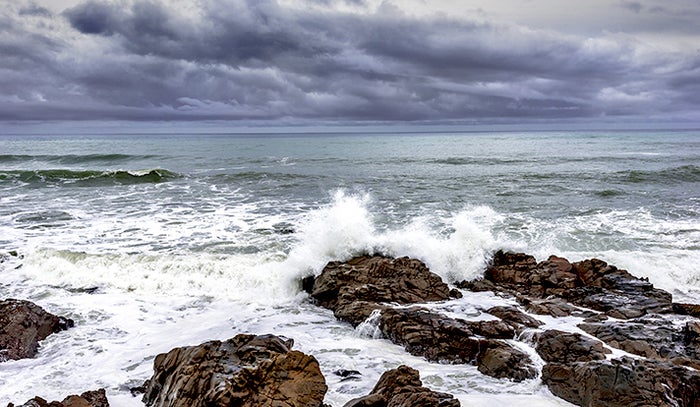 It may be even trickier to predict the strength of El Niño weather patterns than previously thought, according to a study by Yale researchers.

The key to the finding was a strong El Niño pattern that failed to materialize in 2014. Using satellite observations and computer simulations, the researchers discovered that an exceptionally strong, easterly wind burst in June of that year helped to stall the El Niño to stall.

“Easterly wind bursts are fairly common, but the strength of this easterly wind burst was unusually high,” said Alexey Fedorov, a Yale professor of geology and geophysics and author of a study appearing the week of Feb. 8 in the Proceedings of the National Academy of Sciences. “In this particular case, it was associated with the strengthening of the South Pacific subtropical high, possibly related to a cold ocean temperature anomaly south of the equator.”

El Niño events are the warm phase of the El Niño-Southern Oscillation (ENSO), a periodic variation of water temperature and winds in the tropical Pacific Ocean. La Niña is the cooling phase of ENSO. Both patterns have global implications for weather and climate.

Fedorov said random atmospheric processes make it inherently difficult to predict El Niño. Since 2000, there has been a shift in El Niño’s properties, including its magnitude and frequency. El Niño events have been more frequent during that time, compared to the previous two decades, but none of them reached the magnitude of El Niño events in 1982 and 1997.

Of course, even a stalled El Niño has an impact on future patterns. “Apparently the failed El Niño of 2014 actually created favorable conditions for the 2015-2016 El Niño we are experiencing now, which is now among the three strongest events on record,” Fedorov said.

Yale graduate student Shineng Hu is the study’s lead author. The National Science Foundation (NSF) and the National Oceanic and Atmospheric Administration supported the research. The researchers also made use of computational support from the Yale University Faculty of Arts and Sciences High Performance Computing Facility and the NSF National Center for Atmospheric Research Yellowstone Supercomputing Center.