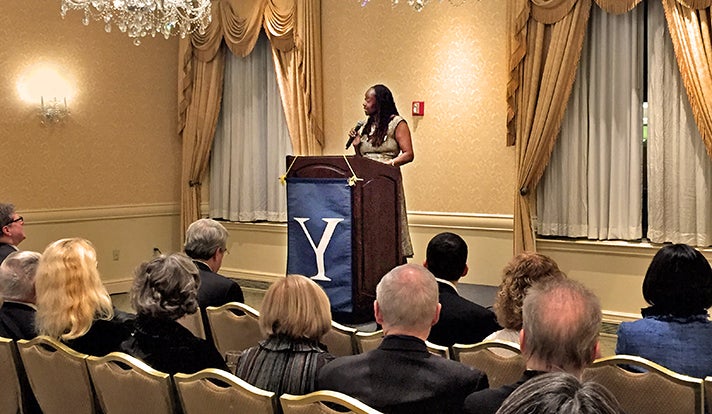 History repeated itself on Jan. 29, when Yale President Peter Salovey ’84 Ph.D. joined over 150 Yale alumni in Boston to celebrate the anniversary of the founding of the Yale Alumni Association of Boston exactly 150 years earlier on Jan. 29, 1866. The gathering was held at the Parker House hotel, an historic venue celebrating its own 160th anniversary this year and the site of the first official gathering of alumni in the area.

“It is especially wonderful to look around this room to see and celebrate the diversity of the Yale community: Old Blue, young alum, Yale College, graduate and professional schools, shared interest groups,” said Jennifer Ebisemiju Madar ’88, president of YaleBoston, as the alumni group is now known,  “The people in this room are a true microcosm of the university and what makes it great … it’s wonderful to be part of such a vibrant community.”

YaleBoston is the second-oldest regional alumni group, after the Yale Club of Cincinnati, which marked its sesquicentennial in 2014. More than 10,000 Yale alumni live in the Boston area, the second-largest metropolitan concentration of graduates after New York City.

The Boston region is the birthplace of a number of Yale presidents, including the Cambridge-born Salovey, and the alumni group has hosted many presidents over the years. Salovey’s presence at the sesquicentennial reception echoed the attendance of  then-Yale President Theodore Dwight Woolsey at the group’s inception in 1866. Professors Noah Porter and Timothy Dwight V, both of whom would go on to serve as presidents of the university, were also present at the founding dinner.

Madar, a Dorchester native, and Linus Travers ’58 ’59 M.A. both spoke about the dynamic tradition of Yale alumni engagement in the region. Today, YaleBoston offers a year-round set of programs — from hosting more than a dozen sites in the annual Yale Day of Service, to an alumni schools committee that has a 99% rate of interviews completed for area applicants to Yale College, to active young alumni and shared-interest groups. This year YaleBoston is hosting a number of special events, with anniversary celebrations continuing throughout 2016.

Travers, who helped recruit Madar to the group’s board, noted that programs had progressed a long way from just luncheon speaker events in downtown Boston. “As a career educator I have been enriched by my service to and with this organization, he said. “And without those opportunities I would not have been so more deeply enriched by some of you whom I have met in the process.”

“We aren’t just resting on our 150-year-old laurels this year,” Madar said. “Together, I hope that we can continue to build a vibrant, inclusive, and sustainable organization that serves our community well both now and in the years to come.” 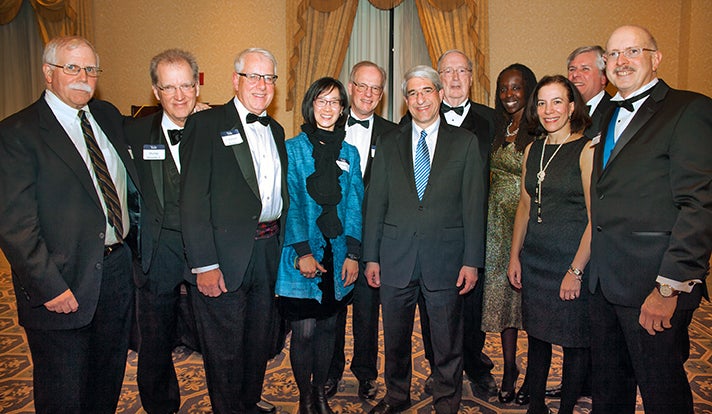