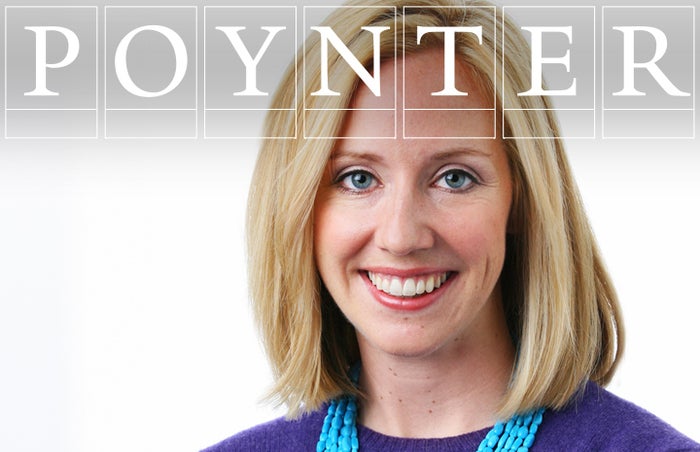 Louise Story, staff reporter at The New York Times, will speak at Yale on Tuesday, Oct. 13 as a Poynter Fellow in Journalism.

Story will participate in two discussions during her visit. “Paying for the News: A Changing Business Model in the Digital Era” will take place at 4:15 p.m. in Evans Hall at the Yale School of Management, 165 Whitney Ave. Guests are asked to register for the event online. Story’s second talk, “Investigative Reporting in the Digital Era,” will be held at 6:30 p.m. in the Silliman College master’s house, 71 Wall St. The event is free and open to the public.

Story has written for The Wall Street Journal, The Boston Globe, The Hartford Courant, The Orlando Sentinel and The Yale Daily News. After graduating from Yale with an M.B.A. and a B.A. in American studies, she earned a master’s degree in journalism at Columbia University.

In her current position at The New York Times, Story has written about Wall Street and finance, and was one of the lead reporters chronicling the 2008 financial crisis. During this time, she contributed to a project that was a finalist for the 2010 Emmy Awards as well as one that was a finalist for the 2009 Pulitzer Prize in Public Service. She has also been a finalist three times for the Gerald Loeb Award, and she was named one of the Huffington Post’s 2010 “Game Changers.”

In addition to her accomplishments in print journalism, Story has also been a frequent contributor to “The Takeaway,” a public radio program, has hosted a recurring web video program for the Times,and has been a guest on television networks like Fox, MSNBC, CNBC, Bloomberg Television, and PBS.

The Poynter Fellowship in Journalism was established by Nelson Poynter, who received his master’s degree in 1927 from Yale. The fellowship brings to campus journalists from a wide variety of media outlets who have made significant contributions to their field. Among recent Poynter fellows are Janet Mock, Seymour Hersh, and Nicholas Kristof.