Windham-Campbell prizewinners to gather at Yale for international literary festival 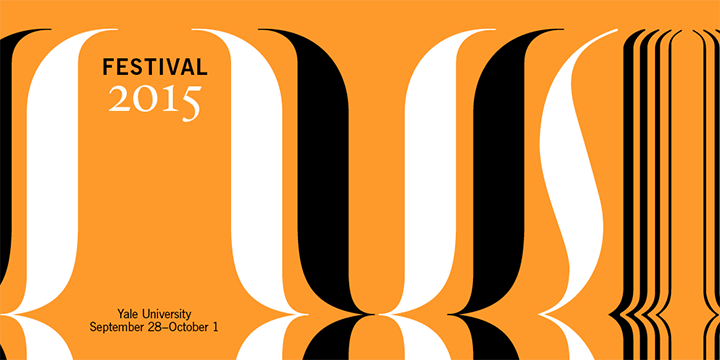 The Windham-Campbell Prizes has announced the full schedule for its third annual literary festival, taking place at Yale through Oct. 1.The festival began on Monday, Sept. 28, with a prize ceremony at Yale’s Sprague Memorial Hall, featuring a keynote address by renowned author Hilton Als on the theme “Why I Write.” Three days of programs featuring this year’s winners follow. All events, including the keynote, are free and open to the public.The 2015 prizewinners, announced in March, are: in fiction — Teju Cole (Nigeria/U.S), Ivan Vladislavić (South Africa), and Helon Habila (Nigeria); in drama — Jackie Sibblies Drury (U.S.), Helen Edmundson (U.K.), Debbie Tucker Green (U.K.); in nonfiction  — Geoff Dyer (U.K.), John Jeremiah Sullivan (U.S.), and Edmund de Waal (U.K.). Each will receive a $150,000 award.Festival highlights include panels on photography, history plays, African writing, and three sessions on craft (“Art of Fiction,” “Art of Playwriting,” and “Art of the Essay”); staged readings by playwrights at the Yale Cabaret; Literary Speed Dating, one of last year’s most popular events; and a party hosted by Yale’s Africa Salon at Harvest Restaurant in New Haven. For a full schedule of festival events, visit the Windham-Campbell Prize festival website.

“The sense of community that develops during the festival — among prizewinners, festival-goers, faculty members, and students — is as extraordinary as it is inspiring,” said Yale President Peter Salovey.

The Windham-Campbell Prizes call attention to literary achievement and provide writers working in English anywhere in the world with the opportunity to focus on their work independent of financial concerns. There is no submission process, and winners are determined by a global group of invited nominators, a jury, and a selection committee. The next round of prizewinners will be announced on March 1, 2016.

Beginning with Als’ lecture, Yale University Press will publish the annual keynote addresses for the Windham-Campbell Prizes in a new series of books titled “Why I Write.”