Nearly one in four patients with chronic hepatitis C (HCV) are denied initial approval for a drug therapy that treats the most common strain of the infection, according to a Yale School of Medicine study.
By Ziba Kashef
Share this with Facebook Share this with Twitter Share this with LinkedIn Share this with Email Print this 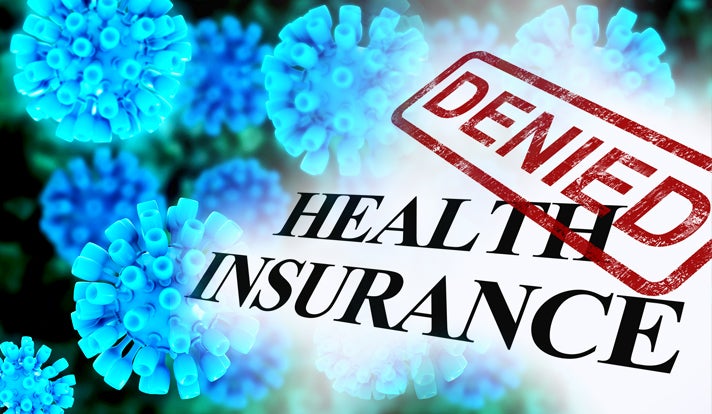 Nearly one in four patients with chronic hepatitis C (HCV) are denied initial approval for a drug therapy that treats the most common strain of the infection, according to a Yale School of Medicine study.

The finding, published Aug. 27 in PLOS ONE, identifies a new barrier to caring for patients with this severe condition.

Prior to the FDA approval of novel antiviral therapies for HCV in 2014, treatment options for patients were limited, requiring weekly injections of interferon-based therapy that caused severe side effects. The new regimens revolutionized treatment and offered patients an oral therapy with cure rates exceeding 90%. However, the high cost of care led insurers to impose new restrictions on drug authorization.

In light of the new restrictions, the study authors hypothesized that while most patients would be able to access antiviral therapy, some would experience delays in approval and others would be denied. Led by Dr. Joseph K. Lim, associate professor of medicine and director of the Yale Viral Hepatitis Program, the investigators reviewed records of 129 patients who were prescribed a combination of two drugs (sofosbuvir and ledipasvir, or SOF/LED) between October and December 2014.

“The first key finding is that upon initial request for treatment, approximately one in four patients are denied,” said Dr. Albert Do, internal medicine resident and co-first author with Yash Mittal, M.D. “That proportion is surprising.”

The researchers also found that certain subsets of patients were more likely to receive initial approval, including those with advanced liver disease such as cirrhosis and those on public insurance, either Medicare or Medicaid. “It is significant that factors beyond disease state and medical necessity now affect one’s likelihood of accessing HCV treatment,” said Mittal.

While most patients in the study eventually received approval for treatment through the insurance appeals process, the delays are concerning, said Lim, as time is critical for patients on the verge of developing cirrhosis or liver failure. “It could make the difference for those who can be treated and remain stable long-term, versus those who have gone past the point of no return and will require liver transplantation or succumb to their illness,” he noted.

This study adds to a growing body of literature on the hepatitis C “cascade of care,” in which attrition occurs at every step from diagnosis, confirmation, linkage to care, and treatment, Lim explained. He hopes the study triggers further research and discussion about this new barrier to HCV care.

“Delay in access may further challenge our ability to cure hepatitis C in this country,” Lim said. “Some patients are told they must wait until they have advanced liver disease before they can undergo potentially curative treatment. We hope these data may help inform national policy discussions on promoting more rational, patient-centered approaches to HCV treatment access.”