A Yale economist’s take on the Greek debt crisis

In a referendum on Sunday Greek voters overwhelmingly rejected proposals for further austerity measures to deal with the country’s debt crisis.

In the vote’s aftermath, Greece and its European creditors are struggling to agree on new bailout terms to prevent a complete collapse of the Greek economy.

If no agreement is reached by July 20, Greece will default on a $3.9 billion bond repayment to the European Central Bank (ECB), which could force the cash-strapped nation to begin printing its own national currency.

Costas Meghir, the Douglas A Warner III Professor of Economics at Yale University and a native of Greece, spoke to YaleNews about his take on the referendum and whether a resolution to the debt crisis is still possible. A transcript of that conversation follows.

What is your reaction to Sunday’s referendum?

It’s a complete disaster. There are two huge negatives: On the one hand, there is a further loss of trust between Greece and the European Union (EU). The fact that there was such a strong vote against the agreement basically means that the Greeks do not wish to accept that there are certain rules that they must follow. The other point is that the referendum’s outcome effectively reduces the negotiating options of the Greek government because there is nothing it can fall back on. In some sense, if Greek citizens really adhere to the spirit of the referendum, they can only accept a better deal than the one that was put to a vote, but does a better deal exist that is also consistent with the mandate of the Syriza party who is the interlocutor of Greece in this case?

One important point that seems to be lost in all the debate is that we don’t have just one government negotiating with a country or government that is sovereign and can do whatever it likes. We effectively have one eurozone country negotiating with 18 other eurozone countries in the context of a treaty.  There is not even the mechanism for doing what Greece wants to do, unless somehow all the countries unanimously agree. So by voting no to the referendum, the electorate has effectively closed down some routes for compromise that might prove to have been the only way towards a deal. 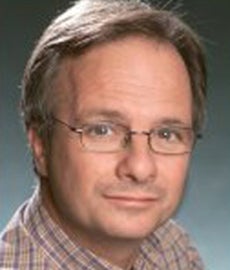 I’ve been chatting with people trying to figure out if there is any real solution to the problem, but whatever we come up with seems to fall foul of existing rules and regulations that are governed by a treaty among the European institutions. You might blame the inflexibility of the institutional framework, and, of course, you might be right, but that’s not the point, this is the world we live in.

How did we reach this point?

Things went wrong in two related ways: The first, to take the side of those bemoaning the agreement, is that if one had designed the bailout more rationally in 2010 and 2012 one would have tried to convince the other Eurozone countries to allow a slower adjustment of the budget deficit. Greece undertook an adjustment that is unprecedented in history. For example, the United Kingdom had a 10% budget deficit as a result of the crisis. It’s been adjusting it downward for five years and it’s still not balanced. Greece took a 16% budget deficit to zero within four years. That is completely unprecedented and it’s a wrong design.

On the other side, the memoranda with the EU countries also contained a set of structural reforms that were necessary to make the Greek economy competitive and to allow it to start being comparable in productivity with the eurozone partners. For a number of reasons, particularly related to lobbying and the protection of vested interests, many of these structural reforms were either not passed through parliament at all, or they were passed but often not implemented. You need these reforms to generate growth because the Greek economy is riddled with regulations in all of its markets and institutions that inhibit entrepreneurship. So the other side of the austerity program, institutional reform necessary for Greece to stop having to borrow money, was never implemented.

The politicians found it easy to implement the taxation and cuts in expenditures because they could easily explain to people that they were forced by the absence of credit to fund the deficit, but when it came down to reforming institutions, which was more complicated to explain and faced strong opposition from certain groups, they just shied away from it.

Two years ago, when there was a proper reformist government that started imposing reform, Greece had growth. Six months ago, the Greek economy was growing faster than any other eurozone economy. All this was arrested by the change in government. Indeed, the reform program basically stopped last June after there was an election for the European Parliament in which the then-government did very badly so it stopped the reform program, reshuffled the government toward a more populist group, and handed the intellectual upper hand to the Syriza government, which took control in January.

So, yes, the austerity was extremely tough. It was tougher than it should have been rationally, but the fundamental reason behind Greece’s current situation is that it has a very big problem with its real economy that it’s not dealing with.

Will Greece leave the eurozone?

I really don’t know. I’ve been trying to think of a scenario where it might not happen. I was thinking that perhaps there is a mechanism by which a temporary deal will be done that would involve the Europeans taking over the International Monetary Fund loans, rescheduling the payments that are due over the summer to a later date, and having the ECB support the Greek banks with some liquidity but still with capital controls. This would require very good will, a confidence that a sensible deal could be reached that is consistent with the mandates of the other 18 eurozone governments, and it would involve changing the rules of the ECB, which does not allow the funding of banks that are considered insolvent.

If Greece does not pay back the ECB on July 20, or if there is no deal before that date, then that’s a deadline as hard as it gets because the moment Greece defaults on ECB loans then the ECB must withdraw all support from the big banks and the Greek banking system goes under and all economic activity in Greece freezes completely. That means no government revenues. That means you can’t pay the police, you can’t pay the army, you can’t pay the emergency services, never mind the pensioners and the pencil pushers in the ministries. That will have to mean issuing a parallel currency to allow the state to operate.

An IOU is, in effect, a parallel currency. You’d have to consider what the implication of that is. First of all, it’s going to be used for day to day transactions: if the government gives me as a pensioner an IOU because it can’t give me euros for my pension, then I will have to use that IOU to buy my groceries. Shopkeepers will not accept it at the face value of one-to-one with the euro because they don’t trust the bankrupt Greek government to honor it.

There’s a law in economics called Gresham’s Law: bad money pushes out good money. If you have a euro and an IOU, you would prefer to give away the IOU and keep the Euro. Everyone would prefer that so basically the euro would disappear as a currency in Greece. It will be hoarded for savings and only this parallel currency will be in circulation. That is effectively “Grexit” but without all the necessary preparation. So it will be accompanied by a huge recession and inflation.

By the way, a parallel currency is illegal according to current eurozone rules. If you violate the rules, you could be sanctioned or expelled from the EU: this then is formal exit. But all this is speculation to an extent and there is also an element of political will among eurozone countries, which adds a big unknown to the process.

How are your friends and family in Greece coping with the situation?

Things in Greece are relatively calm. Some might lose their jobs, particularly if businesses go under. What they’ve done is what everybody else has done. They’ve stocked up on euros and they’ve stocked up on dry foods like pasta, beans, and those kinds of things. They’re waiting and living with cash, basically. They don’t use credit cards because many shopkeepers are refusing to accept them since they cannot then access any cash. Many ATMs are drying up, but you can live with cash. It’s pretty calm. Tourists are coming. You can go to the beach. They don’t spend much because they want to make sure they have funds. There is basically an air of normality, which is good.

One very, very faint silver lining of the referendum is that because it wasn’t 50-50, but more like 62-38, there is no vertical division in Greek society. The toxic confrontational atmosphere that prevailed before the referendum has receded a bit and there is more of a feeling that we’re all in it together — and indeed we are. I don’t expect violent incidents or things like that. But nevertheless, it’s not a comfortable situation. We’re all really trying to figure out what the people who are governing have in mind. The finance minister, thankfully, resigned. He was a complete disaster. He was like an active bomb in the middle of Greek governance and in good part responsible for the loss of trust with our European partners.

We would like to know what they think will happen next. Can they go and sign a deal that the Greek people have said no to on the basis that it improved by a small amount? Very difficult. And indeed the deal that was on the table is no longer feasible since it required a 1% budget surplus, which has now become unattainable without huge cuts because the economy is nose-diving.

Is there any reason for optimism?

Optimism is the wrong word. Greece has passed other very difficult periods. One thing I tell everybody is that when Greece was founded in 1830, it was founded out of a small, poor backwater of the Ottoman Empire. It went through cycles of success and disaster many times and has ended up being — before this current crisis — the 40th richest country in the world. It had a post-war boom based on education and private enterprise. There is huge potential there but it’s a lesson of what happens when we succumb to populism or when people believe that there are easy answers to extremely difficult problems. There aren’t. Whether we can avoid disaster, I won’t speculate. We shall see. Whether we can recover from an impending disaster, history suggests that we can.