The International Festival of Arts & Ideas will mark its 20th year this summer with offerings that range from a sweeping history of 1990s music performed by award-winning artist Taylor Mac to a processional performance — by local lakes — featuring music, dances, and stories from the heart of Louisiana’s disappearing wetlands.
Share this with Facebook Share this with Twitter Share this with LinkedIn Share this with Email Print this 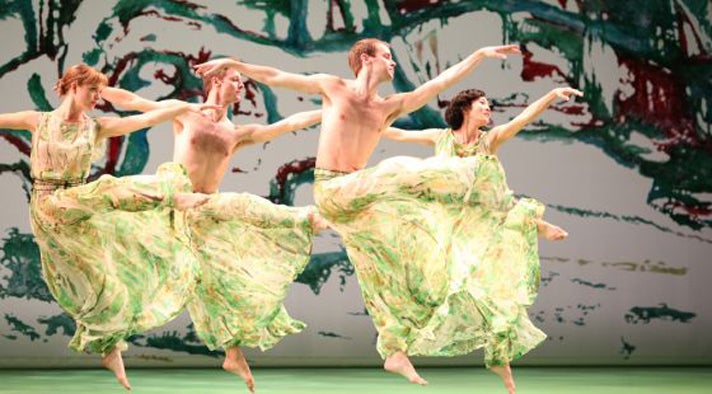 The International Festival of Arts & Ideas will mark its 20th year this summer with offerings that range from a sweeping history of 1990s music performed by award-winning artist Taylor Mac to a processional performance — by local lakes — featuring music, dances, and stories from the heart of Louisiana’s disappearing wetlands.

The 15-day summer festival — taking place this year June 12-27 — brings to New Haven world-class artists, thinkers, and leaders, and is one of the biggest arts and cultural events in the New England region. Each June, the festival takes over the theaters, open spaces, and courtyards of the Elm City attracting an attendance of more than 100,000 to its events. More than 80% of the festival’s events are free.

Yale is one of the cosponsors of the annual festival, and many events take place on the campus. Numerous lectures, offered as part of the “Ideas” portion of the festival, will feature Yale affiliates.

“As we look toward our third decade, we are taking the opportunity to examine where we are now and where we are headed,” organizers of the event say in the festival brochure. “What is in the hearts and minds of the most exciting artists and thinkers working today? What are the memorable events of festivals past that shape this world we share? And what does the future hold in the global community of great art and big ideas?”

Below are just some of the highlights of the festival. For event times and a complete schedule, visit the festival website. 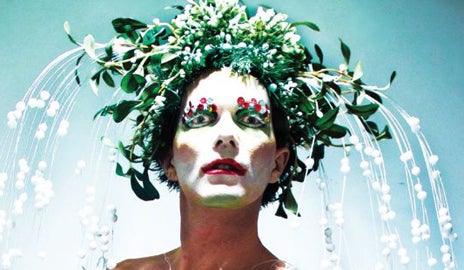 • The world premiere of the festival-commissioned  “Taylor Mac: the 1990s.” Mac will perform as a bedazzled creature accompanied by a live band, presenting a performative ritual with popular music of the 1990s — the festival’s founding decade. This event takes place Friday and Saturday, June 12 and June 13, in the University Theatre, 222 York St. Tickets are $45-$65 in advance; $50-$70 the day of the show.

• A performance by Rock and Roll Hall of Fame performer Darlene Love, winner of a 2015 Grammy Award, whose story is featured at the center of the Oscar–winning documentary “20 Feet from Stardom.” She will perform on Saturday, June 13 on the New Haven Green. Admission is free.

• Family Fun Day on the Green on Sunday, June 14, will feature free performances and activities on the New Haven Green for children of all ages. Performers include Magmanus, Moona Luna, and Dan Zanes. Young builders will imagine and create a city of the future with boxes and craft supplies. The day will end with an evening dance party featuring the party band Pistolera.

• “Cry You One,” an outdoor processional performance conceived by the New Orleans-based Mondo Bizarro and ArtSpot Productions. The “Cry You One” experience will be specially crafted for the unique landscape of West Haven’s Maltby Lakes. Performances take place June 13-21. Weekday tickets are $45; weekend shows are $55.

• “Song of the Jasmine,” a new work spanning cultures and traditions combining the beauty of bharatanatyam — a classical dance from south India — with a musical soundscape that brings together jazz and Carnatic music. The performance by the Ragamala Dance Company will also feature saxophonist Rudresh Mahanthappa on stage with the dancers. Performances are Tuesday and Wednesday, June 16 and 17 at the University Theatre. Tickets are $45-$65 in advance; $50 and $70 on the day of the show.

• The Yale International Choral Festival will take place June 16-20, and will feature choirs from around the world. Tickets are $45 in advance; $50 on the day of the show for the individual performances, which will take place in Morse Recital in Sprague Hall, 470 College St. The festival will conclude with a free concert by the Yale Alumni Chorus and guest choruses on Saturday, June 20 in Woolsey Hall, 168 Grove St.

• “Rodney King,” a performance written and staged by Roger Guenveur Smith that dramatizes the life of King from when he first earned national attention as the victim of police brutality in Los Angeles to his lonely death at the bottom of a swimming pool. Performances are Thursday-Sunday, June 18-21, at Long Wharf Theatre, 222 Sargent Dr. Tickets are $45 and $65 in advance; $50 and $70 on day of the show.

• The Mark Morris Dance Group will perform Handel’s opera “Acis and Galatea”  (arranged by Mozart). This East Coast-exclusive performance will be conducted by Nicholas McGegan, and will feature four vocal soloists, the Yale Collegium Players, and the Yale Choral Artists. Performances are Thursday and Friday, June 18 and 19 at the Shubert Theater, 247 College St. Advance tickets are $25-$125; $30-$130 on the day of the show.

• A celebration of the centennial of the birth of Frank Sinatra with an array of events. Acclaimed Grammy-nominated jazz vocalist Kurt Elling will perform a few of Sinatra’s love songs as part of his “Passion World” program with the New Haven Symphony Orchestra in a free concert on Saturday, June 20 on the New Haven Green. A traveling exhibition of photographs from the Sinatra family’s personal archive will be on view June 13-27 in the Yale School of Art’s Holcombe T. Green Jr. Hall, 1156 Chapel St. Sinatra’s influence on American music and art will be explored in a free panel discussion on Sunday, June 21 at the Yale University Art Gallery, 1111 Chapel St. Among the panelists are Sinatra’s daughter, granddaughter, and archivist.

• Grammy Award-winning singer and songwriter Angélique Kidjo will perform in a free concert on the New Haven Green on Sunday, June 21. The French-Cuban, twin-sister duo Ibeyi will open the show.

• Open rehearsal readings for the Yale Institute for Musical Theatre will take place Friday and Saturday, June 26 and 27, at the Off-Broadway Theater, 41 Broadway. Tickets are $25. 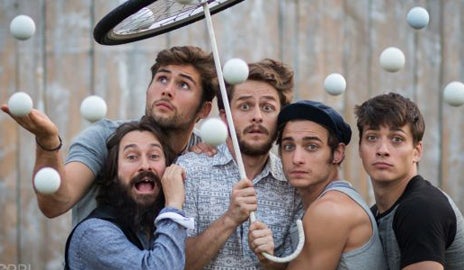 • Machine de Cirque, a new ensemble of young acrobats from Quebec, will perform in a show featuring gravity-defying stunts, jugglers, and hilarious antics. Performances take place Tuesday-Saturday, June 23-27, in the University Theatre. Tickets are $45 and $65; $50 and $70 on the day of the show.

• Lucinda Williams, known for her Delta-infused blend of rock and folk, will perform in a free concert on the New Haven Green on Friday,
June 26. The Carrie Ashton Band will open the show.

• The Grammy-nominated band Plena Libre will perform music from the Caribbean and Latin world on Saturday, June 27, in a free concert on the New Haven Green. Opening the show will be the local salsa, meringue, and bachata band Carlos Santiago y Su Momento Musical.

Free lectures and conversations will take place throughout the festival and among others will include cartoonist Roz Chast discussing and showing her New Yorker drawings on Saturday, June 13; a talk on “Race and Democracy in the Age of Ferguson” by journalist and professor Jelani Cobb on Sunday, June 14; a discussion about Connecticut’s waterways and changing environment for WNPR’s “Where We Live” show hosted by John Dankosky and featuring Connecticut State Senator Edward M. Kennedy Jr., among others, on Wednesday, June 17; a discussion about May Day 1970 and lessons learned from the event by former Yale administrator Henry “Sam” Chauncey on Thursday, June 18; a conversation with film director Mike Leigh about his recent film “Mr. Turner” (which will also be screened during the festival) on Thursday, June 18; a talk by poet Claudia Rankine about her book “Citizen: An American Lyric” on Saturday, June 20; and a conversation with actress, dancer, and choreographer Carmen de Lavallade on Friday, June 26. (“As I Remember It,” a portrait of de Lavallade’s life told through dance, film, and her writings, will take place Thursday, June 25 and Saturday, June 27. Tickets are $45 and $65; $50 and $70 on the day of the show).

Walking, bicycle, and boat tours that showcase New Haven’s natural landscapes, galleries, restaurants, and “hidden treasures” will be offered throughout the festival. There will also be free master classes with some of the festival’s visiting artists, including a dance class for adults with Parkinson’s Disease (PD) hosted by the Mark Morris Dance Group. A screening of “Capturing Grace,” an inside look at the dance program led by former Mark Morris Dance Company members for people with PD, will also take place. It is among a number of festival film screenings.

Tickets for festival events can be purchased online at artidea.org, by phone at 203-498-3772, or in person at the box office at Info New Haven Visitor Center, 1000 Chapel St. Discounted tickets are offered for full-time students, youth, and seniors, as well as for groups of 10 or more. Directions and parking information can be found on the festival website.