Research in the news: Yale study details how key protein protects kidney and heart from injury 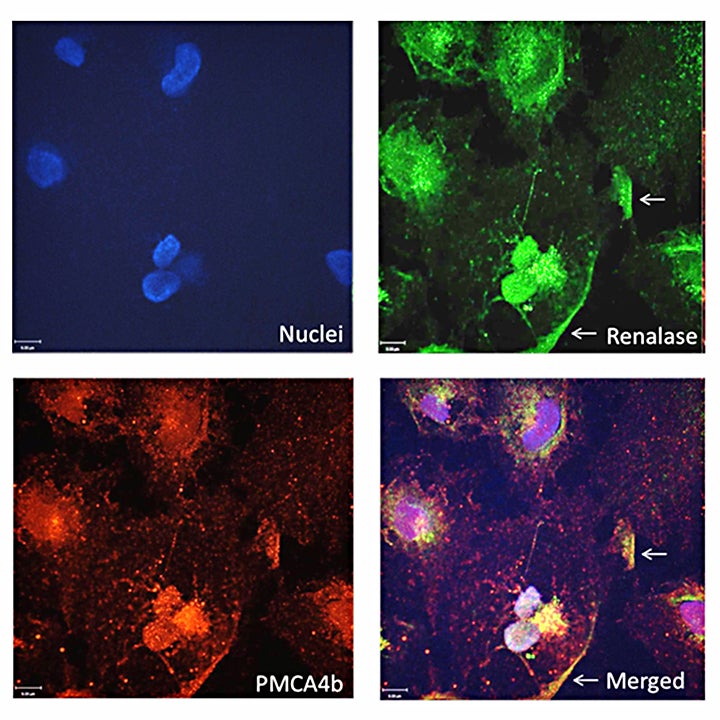 A new study describes how the protein renalase, first identified at Yale, protects cells from the type of severe injury that could result in a heart attack or kidney failure. The finding may lead to new treatments that protect against those conditions.

Dr. Gary V. Desir, professor of medicine, and fellow researchers at Yale School of Medicine, focused their study on the mechanism of renalase, a critical protein that Desir’s lab first discovered in 2005. By re-engineering and observing a small piece of the protein in culture, they were able to identify its receptor, a molecule known as PMCA4b. Their work revealed that the interaction between renalase and PMCA4b promotes cell survival.

Other studies have confirmed the role of renalase in protecting the heart. By identifying its receptor and underlying mechanism, the Yale researchers pinpointed a target for new therapies based on the protein or its receptor. “It could lead to the development of drugs that protect the kidney and the heart against ischemic or toxic injury,” said Desir.

Future studies will investigate the role of renalase in cancer.

The research was published April 23 in PLOS ONE.