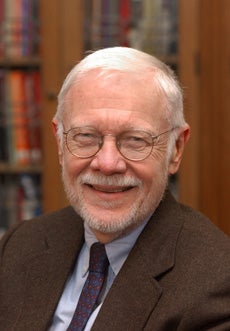 Butler, the Howard R. Lamar Professor Emeritus of American Studies, History, and Religious Studies, served as dean of the Graduate School of Arts and Sciences from 2004 to 2010. He also chaired the Department of History (1999-2004) and the American Studies Program (1988-1993). His books include “Power, Authority, and the Origins of American Denominational Order,” “The Huguenots in America: A Refugee People in New World Society,” “Awash in a Sea of Faith: Christianizing the American People,” “Becoming America: The Revolution Before 1776,” and “Religion in American Life: A Short History” (co-authored with Grant Wacker and Randall Balmer).

Butler was honored in 2010 with two prestigious awards:  the Byrnes-Sewall Prize for Teaching Excellence in Yale College and the Edward Bouchet Leadership Award for Diversity and Equal Opportunity. For the former award, the students who nominated him cited his mentorship, his ability to “expertly guide the conversation” in his classes, as well as his “charm,” storytelling, and humor.

Jonathan Holloway, dean of Yale College and professor of history, American Studies, and African American Studies, introduced Butler at the DeVane Medal presentation ceremony. He says of his colleague: “Jon Butler is the first person who welcomed me to the history department when I started graduate school. I recall being so lost that day he reached into his drawer and gave me a campus map. Although it was just a map of buildings and roads, it would become symbolically much more than that. Jon helped me navigate my career path when I returned to Yale as a member of the faculty. He guided me through the tenure process, always offering careful and meaningful mentorship along the way. I’m honored to call this great teacher a colleague, and, dare I say it, a friend.” 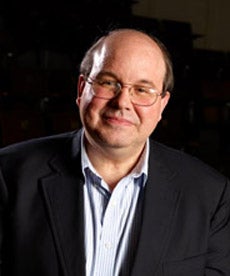 Vaccaro, a member of the faculty since 1990, conducts research that explores the provenance of molecular behavior, with special emphasis placed on the unique features that give rise to physical properties and chemical propensities. Among the undergraduate classes he teaches are “Chemistry 333: Physical Chemistry with Applications in the Physical Sciences II” (an introduction to quantum mechanics) and “Chemistry 330L: Laboratory for Physical Chemistry I.”

Nicola Feldman ’15, who took both of those classes with Vaccaro, introduced her teacher at the award ceremony. She described Vaccaro’s undergraduate teaching as “nothing short of gifted,” adding, “He goes far, far above and beyond what is required of a lecturer: Not only does he give clear, detailed lectures, but he also provides immaculate lecture notes and presentations, spends one-on-one time with students helping with problem sets, and is the only full professor I’ve ever seen come into teaching labs to personally tinker with equipment.”

Feldman praised Vaccaro for his ability in Chemistry 333 to “take material that is unfamiliar and tricky to grasp for almost all students, and, by the end of the semester, provide an understanding that is not only rigorous, but also intuitive and applicable.” His lab class, she continued, “allows for real-world problems” in the laboratory.

Adds Feldman, “It is obvious to me and to all my fellow chemistry majors that Professor Vaccaro puts a vast amount of time and effort into undergraduate education, including not only teaching but also connecting with and demonstrating a sincere concern for students.”

Vaccaro was awarded the Dylan Hixon ’88 Prize for Teaching Excellence in the Natural Sciences in 2010.