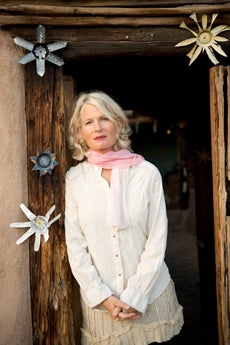 The Yale Drama Series Prize, considered one of the world’s most prestigious playwriting prizes, will be awarded to Barbara Seyda for her play “Celia, A Slave: 26 Characters Testify.”

The 2015 award recipient was chosen by playwright Nicholas Wright, who serves as judge for the 2015 and 2016 competitions. This year’s runners-up are Craig Thornton for “The High Cost of Heating” and Abe Koogler for “Kill Floor.”

Now in its ninth year, the Yale Drama Series Prize is given out annually for a play by an emerging playwright, selected by a judging panel of one — a preeminent playwright. The winner receives the David Horn Prize of $10,000, as well as publication of the winning play by Yale University Press and a staged reading at Lincoln Center Theater’s Claire Tow Theater. Playwrights are invited to submit original, unpublished, full-length, English-language plays for the international competition. Seyda’s play was selected from 1,478 entries from 47 countries.

“Celia, A Slave: 26 Characters Testify” is based on the trial manuscripts and court records from the State of Missouri vs. Celia, a Slave, file #4496, Callaway County Court, 1855, Fulton, Missouri. At age 19, Celia, the female slave, was accused, convicted, and hanged for killing her 66-year-old master, Robert Newsom, a prosperous Missouri landowner. The play is a tableau of interviews with the dead.

“I’m thrilled to chose Barbara Seyda’s play for the 2105 Yale Drama Series,” says Wright. “My reason for rating the play so highly was the thick lump of pain that it placed in my chest and that I carried around with me for days afterwards. I had a completely primitive and intuitive reaction to the tragedy of the story and the whole life, in a way.”

Francine Horn, president of the David Charles Horn Foundation, says, “From the moment I began the play, I could not stop reading. And, like Nicholas Wright, it stayed with me for a very long time. The horrors just don’t seem to go away. What was, still is. So, with a full heart I welcome Barbara Seyda to our small family of winners, and applaud her effort to point out the horrors of racism and the failure of justice, not for all.”

Seyda is a writer, editor, photographer, and designer based in Tucson, Arizona. She has a B.S. from the University of Wisconsin-Madison and an M.F.A. from Mason Gross School of Art, Rutgers University. Her published titles are “Women in Love” (Bullfinch imprint of Little, Brown & Co.) and “Nomads of a Desert City” (University of Arizona Press). She currently is a freelance editor for Rio Nuevo Press and The Southwest Center. As a researcher and developmental editor on over 18 titles, her focus is the native art, culture, history, ethnography, and oral traditions of the American Southwest. Seyda has taught at Rutgers University, Pratt Institute, The New School for Social Research, and the University of Arizona. Along with her passion for writing, she has over 35 years of experience in theater production. “Celia, A Slave” is her first play.

Wright was born in Cape Town, South Africa. He was a child actor who studied at the London Academy of Music and Dramatic Art. He has written over 30 plays, libretti, and screenplays, including “Vincent in Brixton,” “Mrs. Klein,” and “Traveling Light,” which have been performed all over the world. His play “A Human being Died That Night” will begin performances at the Brooklyn Academy of Music this spring (May 29-June 21.)