For her work in the New Haven community, Yale junior is honored as a Newman Civic Fellow 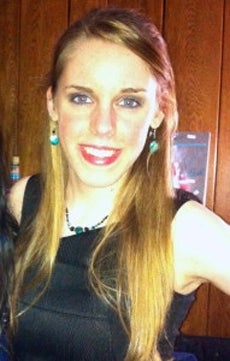 Yale junior Catherine “Shea” Jennings is among 201 community-minded student leaders from across the country to be named Newman Civic Fellows by Campus Contact.

The students were nominated for their award by their college and university presidents. All of the honorees attend colleges and universities that are members of Campus Compact, a national coalition of more than 1,200 college and university presidents who are committed to fulfilling the public purpose of higher education. Campus Compact promotes public and community service that develops students’ citizenship skills, help campuses forge effective community partnerships, and provides resources and training for faculty seeing to integrate civil and community-based into the curriculum. The Newman Civil Fellows Award is sponsored by the KPMG Foundation.

In nominating Jennings, Yale president Peter Salovey said: “Shea Jennings epitomizes Yale’s tradition of and commitment to public service. Since her first day on Yale’s campus, Shea has participated in direct service through the Yale Hunger and Homelessness Action Project. She grew into leadership, coordinating large numbers of students to ‘rescue’ food from our dining halls and deliver it to local soup kitchens. Although the innovation and resourcefulness of the program are impressive, it’s Shea’s skillful handling of details that allowed others to become more deeply engaged.

“Her commitment to service deepened through greater responsibility in leadership, becoming a co-coordinator of YHHAP and joining the student executive committee of Dwight Hall at Hall, the Center for Public Service and Social Justice,” he continued. “She’s gained a valuable perspective on social dynamics working with community partners, and her activity has raised the collective awareness of Yale students of deeply rooted and complex social issues. Shea’s continued this trend of deepening commitment to public service through a co-coordinator role of the student executive committee at Dwight Hall at Yale, where her insight to public service and model for action continues to inspire other leaders on Yale’s campus.”

There were a record number of Newman Civil Fellows this year. The fellows will share ideas and materials to further their work through an exclusive online community.

“These students represent the next generation of public problem solves and civil leaders,” says Richard Guarasci, chair of the board of Campus Compact and president of Wagner College in New York. “The serve as national examples of the role that higher education can — and does — play in building a better world.”

Bernard J. Milano, president of the KPMG Foundation and Campus Contact board member, adds: “With this recognition, Campus Compact is highlighting the remarkable impact these students are having on the campuses and communities. We are proud to support Campus Compact in bringing attention to these extraordinary students. KPMG seeks a diverse talent pool of students who share our values, one of which involves service to the communities in which we live and work.”

Jennings said that her motivation for civil service “stems from a deep commitment to social and economic justice in a community where Yale students enjoy enormous privilege relative to many of our neighbors.

“I believe that all human beings deserve to be treated with dignity — and especially people experiencing homelessness and poverty, who are too often marginalized by society,” she continued. “I believe in the transformational power of service, both for those serving and those impacted. By performing service and helping other students to the same, I live out these beliefs. From delivering meals to soup kitchens to preparing taxes for low-income clients, my work with YHHAP requires me to consider how to use my own energies to advocate for policy reform in my community.”

Jennings added that at Dwight Hall, she works closely with over 80 student groups to connect her Yale peers with the community through public service and social justice.

“These experiences have given me far more than bullets on my CV or memories to recount at class reunions,” she said. “I will leave Yale a more thoughtful, compassionate, responsible human being for having served others — prepared to go into the world and do good work.”

Dr. Frank Newman, a founder of Campus Compact for whom the award is named, “had a tremendous impact on American education and its role in the development of citizens who are eager and prepared to make a difference,” notes Campus Compact president Andrew J. Seligsohn. “He dedicated his life to creating systemic change through education reform, and this new group of Newman Civic Fellows would have inspired him. They are reflections and affirmations of his life’s work.”

For more information about Campus Compact and the Newman Civil Fellows award, visit the organization’s website.