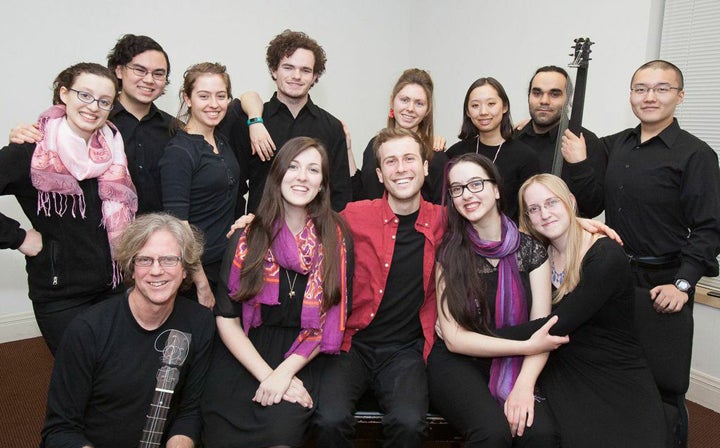 Murder plots, star-crossed lovers, and bawdy clowns will fill the stage when the Yale Baroque Opera presents the 17th-century opera “Erismena,” the story of a young princess who disguises herself as a male warrior to pursue her beloved.

The opera will be staged Saturday and Sunday, April 25 and 26, at 3 p.m. in the University Theatre, 222 York St. It is free and open to the public. Reservations are encouraged but are not mandatory. For information and reservations, visit the Yale Baroque Opera Project’s website.

“Erismena” is by Italian composer Francesco Cavalli, and may have been the first Italian opera to be translated into English in 1674. It will be directed by Yale alumnus Ethan Heard ’07, DRA ’13, who directed the Yale Baroque Opera Project’s first two productions, “Ardo, Ardo: Monteverdi in Motion” and “L’Orfeo.” Grant Herreid will be the musical director. The production features undergraduate and graduate student instrumentalists.

“Like Shakespeare’s ‘Twelfth Night’ and ‘The Winter’s Tale,’ ‘Erismena’ swirls together comedy and drama, war and romance, magic and the mundane,” says Heard. “The Median court is a place of tyranny, desire, and a lot of mistaken identity. Cupid hovers above the action, making mischief and prompting love to flourish anew.”

The opera will be performed in its 17th-century English translation, and runs about two hours and 30 minutes. There will be one intermission