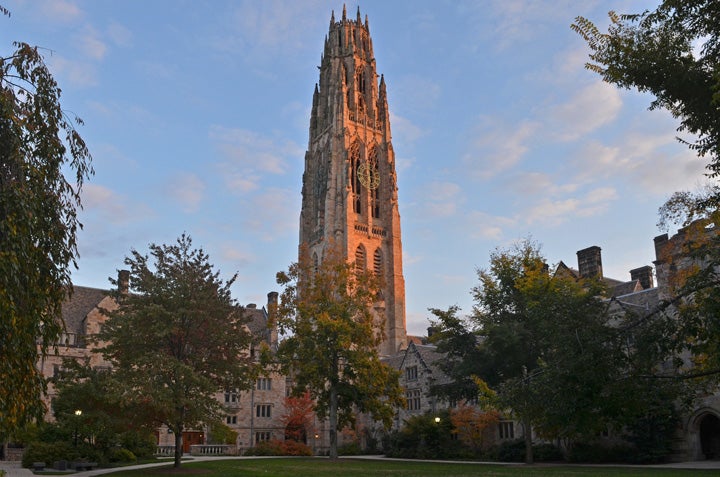 The bells of Harkness Tower will ring out on Thursday, April 9 to commemorate the 150th anniversary of the end of the Civil War and continuing efforts for human rights today.

Yale University and the City of New Haven are joining hundreds of communities around the country in “Bells Across the Land,” organized by the National Park Service (NPS). There will be a special event on the New Haven Green at 3 p.m. including remarks by Mayor Toni Harp and David Blight, the Class of 1954 Professor of American History and director of the Gilder Lehrman Center for the Study of Slavery, Resistance, and Abolition.

“The surrender of a Confederate army to General Grant and the Union army at Appomattox 150 years ago is one of the most enduring markers of American history,” says Blight. “For Americans who lived through the Civil War ‘Appomattox’ would always be a ‘flashbulb memory’; they always remembered where they were when they heard the news. It ended a ghastly four years of war in elegiac and deeply moving terms. But it began a new history over the issues of the war, and the legacies of slavery, in which we are still enmeshed in law, politics, and social life.”

The first bells across the land to ring will be at Appomattox Court House, Virginia, where General Robert E. Lee surrendered his confederate troops to General Ulysses S. Grant, effectively ending the Civil War and four years of bloodshed.

After the ringing at Appomattox, bells will reverberate across the country in churches, temples, schools, city halls, public buildings, historic sites — and Yale’s Harkness Tower — at 3:15 p.m. for four minutes, each minute symbolizing a year of war.

Attendees are invited to share their observances via social media: #BellsAcrosstheLand2015. Stories will be compiled on the NPS website to illustrate a larger national story.