Portraits of Lincoln among ‘jewels’ of newly acquired photography collection 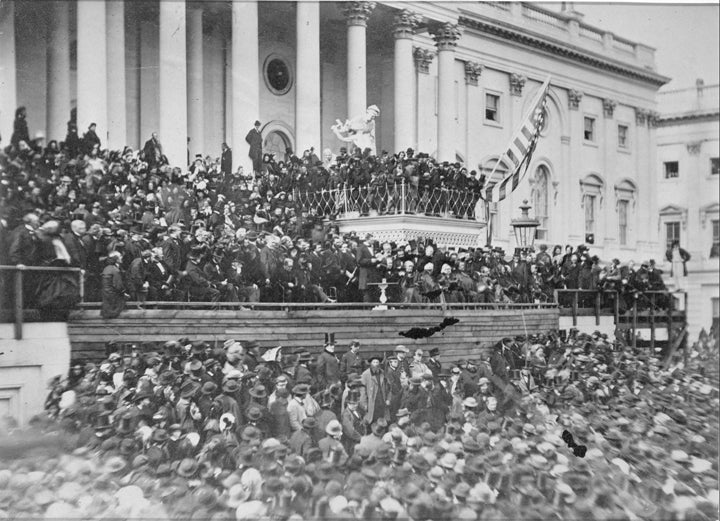 Yale’s Beinecke Rare Book & Manuscript Library and the Yale University Art Gallery are acquiring the Meserve-Kunhardt Collection, one of the nation’s most historically significant photographic collections and the definitive assemblage of portraits of Abraham Lincoln.

“With this remarkable acquisition, Yale has secured its place as the premier institution for the study of American photography from the Civil War to the Gilded Age,” says Yale President Peter Salovey. “I am delighted that faculty, students, and scholars from around the country and around the globe will have the opportunity to study this collection, learn from it, and share that knowledge.”

Amassed by Frederick Hill Meserve (1865-1962) with the help of his daughter Dorothy Meserve Kunhardt (1900-1978), the collection contains more than 73,000 items, including 57,000 photographic prints, as well as thousands of books, pamphlets, maps, and theater broadsides. These materials document American history from the Civil War through the end of the 19th century and record the emergence of photography as a distinctive cultural practice.

Among the jewels of the collection are photographs of Abraham Lincoln, including an 1863 Alexander Gardner imperial albumen portrait and Mathew Brady’s “Cooper Union” portrait.

The collection’s significance also lies in the tens of thousands of portraits of American politicians, army officers (of both the Union and Confederate forces), writers, actors, singers, scientists, African Americans, and Native Americans. A daguerreotype of Susan B. Anthony is among the many images of women whose portraits appear in the collection.

“The Meserve-Kunhardt Collection is a magnificent prize for Yale to attain,” says David Blight, the Class of 1954 Professor of American History at Yale. “It consists of unmatched Lincoln material and much else.  Scholars of America in the 19th and 20th centuries, especially of photography, will find a dazzling array of material for their research.”

The collection includes examples of works from most photographers who were active in 19th-century America, including Alexander Gardner and his circle, Timothy H. O’Sullivan, and Mathew Brady.

“The opportunities presented to research, exhibit, publish, and teach with this vast trove of historical images are boundless, and will surely attract legions of students, faculty members, artists, and public scholars to engage actively with these materials for many generations to come,” says Jock Reynolds, the Henry J. Heinz II Director of the Yale University Art Gallery.

In 1897 Frederick Hill Meserve began an effort to illustrate his father’s Civil War diary. He accumulated the collection over the next six decades. Since then, the collection has been preserved by five generations of the Meserve and Kunhardt families.

“It is not an exaggeration to describe this collection as one of America’s first and richest national portrait galleries, but that description doesn't encompass the many rare, often unique, images of Civil War battlefields and views of Washington, D.C., New York, and other American cities,” says Laura Wexler, professor of American studies and of women’s, gender, and sexuality studies at Yale. “This archive not only chronicles life in 19th-century America, it traces the emergence of photography as a distinctively modern medium of record and of art.”

“We are excited to welcome this one-of-a-kind collection, which complements Yale’s already significant collections of American photography,” says George Miles, the William Robertson Coe Curator of the Yale Collection of Western Americana at the Beinecke Library. “Yale University is one of a small number of institutions that possesses the facilities and technical expertise to both care for this remarkable resource and make it accessible for teaching and scholarship.”

The collection is the subject of an upcoming HBO documentary, “Living with Lincoln,” which chronicles how five generations of the Meserve-Kunhardt family have shared the “glorious burden” of collecting, preserving, and documenting a vital archive relating to Abraham Lincoln. The documentary debuts Monday, April 13, on the eve of the 150th anniversary of Lincoln’s assassination, exclusively on HBO

The acquisition was made possible, in part, by a donation from the Rice Family Foundation. The collection is expected to come to Yale in the fall of 2015, and portions of it will be available for research by the summer of 2016. While the majority of the collection will be housed at the Beinecke Library, a selection of large-format, formal portraits, and other images will become part of the art gallery’s permanent collection.

The Beinecke Rare Book & Manuscript Library is one of the world's largest libraries devoted entirely to rare books and manuscripts and is Yale's principal repository for literary archives, early manuscripts, and rare books. Its robust collections are used to create new scholarship by researchers from around the world.