Earlier this month, it was reported that members of the militant Islamic State demolished ancient cultural heritage sites in northern Iraq, including statues in the Mosul Museum, the classical site of Hatra, and the Assyrian capitals of Nineveh, Nimrud, and Khorsabad. In one video of the violence, a man can be seen destroying the human face of a massive winged bull standing at the gate of Nineveh. Representatives of the Islamic State group have claimed that the statues and reliefs of animals and humans are a forbidden form of idolatry.

YaleNews invited Eckart Frahm, professor of Assyriology, to talk about this wave of destruction of Iraq’s heritage.

Frahm, a scholar of Assyrian and Babylonian history and Mesopotamian scholarly texts of the first millennium, teaches Yale courses on topics in Mesopotamian history, religion, and literature, and the Bible in its ancient Near Eastern setting.

How did you react when you heard the news about destruction of these cultural heritage sites in Iraq?

As a scholar who has worked on ancient Assyria for many years, visited many of the affected sites, and served as an epigrapher in the 2001 excavations at Assur, Assyria’s religious capital, I find the situation deeply depressing.

What is the historical significance of each these various sites?

Between the 9th and 7th centuries B.C.E., Assyria became the first true empire in world history. The cities of Nimrud, Khorsabad, and Nineveh were the political centers from where the Assyrian kings, rulers such as Tiglath-pileser III (744-727), Sargon (722-705), Sennacherib (705-681), and Assurbanipal (669-631), ruled large portions of Western Asia and created political structures and intellectual traditions that shaped both the East and the West for centuries to come. The magnificent palaces and temples of the Assyrian capitals, with their miles-long bands of bas-reliefs, huge throne-rooms and courtyards, and massive bull colossi, represent the largest and most impressive buildings known from the ancient Near East. Their rediscovery in the 19th century is closely linked to the birth of the modern discipline of Assyriology. If the citadel of Nimrud was really bulldozed in the past days, as has been claimed by Iraqi officials, this would be particularly tragic because Nimrud is the site where visitors can get a particularly good idea of what an Assyrian royal palace actually looked like.

Hatra is an ancient temple city that flourished in the first centuries of the Common Era. Before the recent assault, it was spectacularly well-preserved, beautiful, and in many regards unique. Somewhat ironically, Hatra was also the seat of one of the first Arab kingdoms — those attacking it are effectively attacking Arab history.

I am afraid it is no exaggeration to claim that any major damage inflicted on the four aforementioned sites would be one of the worst cultural heritage disasters of all times.

Have these sites been fully documented by archaeologists and others, or are some of them lost forever?

Many of the monuments from the Mosul Museum, Nineveh, Nimrud, Khorsabad, and Hatra have been documented, but by no means all. It is particularly regrettable that due to the tense political situation in Iraq during the past 35 years, few archaeologists have been able to use modern digital documentation techniques at these sites. Last year, I published an inscribed orthostat with a relief from the reign of the Assyrian king Sargon II that was housed in the Mosul Museum and that I had found only by chance, because someone had posted an image of it online. There are, in all likelihood, many other objects like this that have escaped the attention of scholars and may now be destroyed. For the time being, the exact nature and scale of the damage caused by the ISIS attacks is still difficult to assess. But the current events are clearly reinforcing the case for digital preservation of cultural heritage, which is something we are doing at Yale with our Cuneiform Commentary Project (see below).

Throughout history, we’ve seen forms of similar destruction, ranging from the destruction of religious imagery seen as idolatrous during the Protestant Reformation in the 16th century to the Taliban’s demolishment of Afghanistan’s massive statues of Buddha in 2001. Is there anything that is unprecedented about this destruction by Islamic State members? Do you think this destruction is especially endemic in the Middle East?

Yes, images and other cultural artifacts have been destroyed by religious or political zealots on many occasions in world history. Such iconoclasm is not specifically Islamic: Besides the examples you mentioned, one can point to the first Christians in Egypt and what they did to many of the monuments from the pharaonic period, the movement in 8th- and 9th-century Byzantium that made it its mission to destroy religious icons, and the Chinese “Cultural Revolution” under Mao. What is quite unique in the case of ISIS is that the destruction is directed against images that are thousands of years old, often damaged, and no longer worshipped by anyone, and that there is a concerted effort to use these acts of vandalism as propaganda by broadcasting them through videos.

What, in your view, motivates this kind of horrific behavior? Is there always a religious component to it, or do you see it, more generally, as a form of ethnic cleansing?

The reasons to act in this way can be quite different. Sometimes, for instance in the case of Mao’s “Cultural Revolution,” the motivation is not religious but rather the opposite. The ISIS phenomenon, of course, cannot be understood without taking into account that the group’s supporters are driven by a strong religious ideology. But I doubt that the primary factor motivating their destruction of ancient Near Eastern monuments is really a religious one. It seems, instead, that the group commits these acts for political reasons.

On one hand, ISIS tries to eradicate Assyrian sites because the ancient civilization they represent was used by previous political leaders in Iraq to build some kind of national identity across religions, sects, and ethnic groups — something to which ISIS is strongly opposed. And secondly, the group seeks to inflict pain on the West, which considers the civilizations of ancient Mesopotamia, for good reasons, as one of the roots of its own culture and has sponsored much of the scholarship exploring them. Many ISIS supporters operating in Iraq are foreigners from the West who are well aware of this. 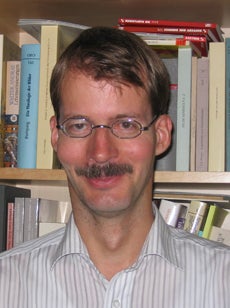 Have you spoken with any colleagues from the area about the destruction? If so, how are they reacting?

I have been in periodical contact with people in Mosul over the past months, but one has to be careful not to put anyone in danger. My impression is that when ISIS took Mosul, the population did not realize what was coming. Now, many are upset. I should also say that what I know about the most recent destructions comes from various secondary sources and not from contact with eyewitnesses. Those who document the damage inflicted by ISIS on the ground by taking photographs and sending reports deserve great credit, since they risk their lives in doing so.

U.N. Secretary-General Ban Ki-Moon has called this destruction of cultural sites a “war crime.” Do you agree?

The 1954 Hague Convention for the Protection of Cultural Property in the Event of Armed Conflict clearly prohibits destructive acts such as those committed by ISIS. This is the background of the remarks by Secretary-General Ban, which were echoed on March 6 by Irina Bokova, the director general of UNESCO, who declared the ISIS attack on Nimrud a war crime. Of course, such statements are not going to change anything right away. ISIS and others fighting in the Syrian and Iraqi wars are committing war crimes of all kinds, from burning captives and killing journalists to attacking hospitals, and will not cease to do so because of a U.N. convention. But the point should still be made that all these acts are in complete disregard of international law.

There are reports that the Islamic State may also attempt to sell illicitly some of the historical artifacts from these world heritage sites. How likely is it that they will succeed in this, given all the attention the news has gotten around the world?

Most of the artifacts that ISIS and other groups involved in the civil wars in Syria and Iraq are trying to sell come from illicit excavations undertaken recently. These artifacts are not registered, so it is difficult to prove that they were not acquired legally. On Feb. 12, 2015, the U.N. Security Council adopted a new resolution that makes all trade with Syrian antiquities removed from the country since March 15, 2011 illegal and confirms an earlier similar prohibition concerning cultural objects exported from Iraq. I am afraid, though, that this resolution will not end the ongoing trade. It is clear that huge numbers of cultural objects from Syria and Iraq are currently sold on the black market. Beyond the legal implications of the problem, scholars will have to think hard on how to document these materials at some point. I believe they cannot simply be ignored — they are too significant.

Do you fear that other sites will be destroyed by the Islamic State?

This seems quite likely, even though the sites that have so far been targeted are the most spectacular ones. The damage ISIS can inflict on other sites will be less visible and therefore less useful for ISIS’s ongoing propaganda offensive.

Do you have any suggestions about how the world can respond to this act of cultural destruction?

Some scholarly institutions have reacted by drafting statements and petitions. I sympathize with such efforts, but the problem is that declarations of this type will either fail to reach the actual perpetrators or possibly incite them to commit even worse acts of vandalism. What may be more effective is a recent fatwa issued by the grand sheikh of the Al-Azhar mosque in Cairo, the leading authority for Sunni Muslims, in which ISIS’s vandalism is strongly condemned. A real solution, however, will depend on the restoration of political stability in the region — and how to achieve this nobody knows. My hope is that the violence will eventually subside due to sheer exhaustion on the part of the combatants, something that happened with the civil war in Algeria in the late 1990s.

Eckart Frahm, with Yale postdoctoral associate Enrique Jiménez, has just launched the website of the Cuneiform Commentaries Project (CCP), which seeks to make available to the scholarly community and a more general audience the world’s oldest cohesive group of hermeneutic texts, the commentaries from first millennium B.C.E. Assyria and Babylonia. The website includes a comprehensive catalog of the ca. 850 known commentary tablets. It also includes several introductory essays on different aspects of the Mesopotamian commentary tradition, such as the history of the genre, typology of commentaries, technical terms used in commentaries, and hermeneutic techniques. Eventually, the website will provide fully annotated electronic editions of all known commentary tablets.