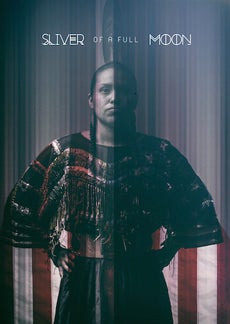 “Sliver of a Full Moon,” a play that tells the story of the abuse and rape of Native women by non-Indians and the movement to bring them justice, will be staged on Tuesday, March 31 on campus, and will feature in its cast three of the Native women who stepped forward in 2013 to share their stories of survival with members of Congress.

The performance will take place at 6:30 p.m. in Yale Law School’s Levinson Auditorium, 127 Wall St. Doors open at 6 p.m. The Honorable Judge William A. Fletcher LAW ’75 will offer introductory remarks. Lynn Malerba, chief of the Mohegan Tribe, and Deborah Parker, vice chairwoman of the Tulalip Tribes, and Terri Henry, tribal council member for the Eastern Band of Cherokee, will also be present at the event. Admission is free, but pre-registration is highly encouraged.

The performance marks the two-year anniversary of President Barack Obama signing into the law the Violence Against Women Act (VAWA) reauthorization. In addition to instituting new protections for LGBT individuals and undocumented immigrants, the 2013 VAWA reauthorization restored tribal criminal jurisdiction over non-Native perpetrators of domestic violence on tribal lands. As of March 7, tribes can now prosecute non-Indians who abuse Native women for the first time since 1978. American Indian and Alaska Native women face proportionally higher levels of violence than any other group of women in the United States, according to organizers of the event.

Written by Cherokee playwright Mary Kathryn Nagle, “Sliver of a Full Moon” tells the story of a movement that restored the authority of Indian tribes over non-Indian abusers to protect women on tribal lands. The play follows the story of five Native women who took a stand and two Native men, including Congressman Tom Cole, who stood with them to restore that authority. However, as reauthorized by Obama on March 7, 2013, Section 904 of VAWA limits the restoration of jurisdiction to “Indian country,” thereby excluding 228 federally recognized tribes in Alaska. “Sliver of a Full Moon” asks the question: What will it take to restore jurisdiction to all tribes to protect the lives of all Native women?

For more information about the play, visit the “Sliver of a Full Moon” website.