As editors of the Yale Indian Papers Project (YIPP), Paul Grant-Costa and Tobias Glaza explore collections at museums, archives, libraries, and historical societies across New England and in the United Kingdom — some of which have been overlooked by scholars — to uncover original records related to New England Indian history, law, religion, culture, migration, race, and sovereignty.
Share this with Facebook Share this with Twitter Share this with LinkedIn Share this with Email Print this 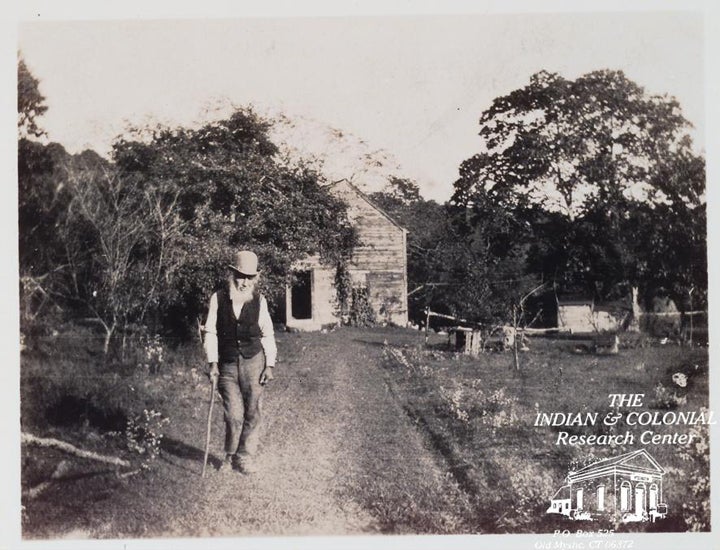 As editors of the Yale Indian Papers Project (YIPP), Paul Grant-Costa and Tobias Glaza explore collections at museums, archives, libraries, and historical societies across New England and in the United Kingdom — some of which have been overlooked by scholars — to uncover original records related to New England Indian history, law, religion, culture, migration, race, and sovereignty.

Anyone with access to the Internet can view the hundreds of original documents, translations, biographies, and photographs on the project’s website, which has been hailed as a major boon in Native American research.

The materials — which include land deeds and descriptions, correspondence, petitions to government authorities, overseer records, missionary reports, colonial war documents, maps, and drawings (like the inside of a wigwam sketched by Yale’s Ezra Stiles), as well as biographical and kinship information — are already being used in classrooms across the country, in publications, and in tribal communities. Currently, the editors are working to create a new expanded research website, while they continue to add new material to the existing online collection.

“In many history books, the last you hear about New England Indians is after the dishes are cleared at that infamous Thanksgiving at Plymouth or after King Philip’s War in 1676. Then there’s a long silence. From there, you’re left with an unbalanced narrative told from a colonial perspective,” says Grant-Costa. “The continued Native presence in the story is almost always erased. That has consequences to how we understand our American past and tell our national story.”

The idea for an international scholarly cooperative began nearly 15 years ago when Grant-Costa and Glaza worked on several East Coast tribal federal recognition petitions. The two — who had more than five decades of experience with Native communities between them — knew that lack of access to primary source materials was a widespread problem in the Native and academic research communities. They were determined to find an answer.

Grant-Costa, then a graduate student in Yale’s American Studies Program, and Glaza brought their idea to the university, and received enthusiastic support across the campus. The Yale Indian Papers Project was launched in 2009 with the first of two grants from the National Endowment for the Humanities. This past spring the project moved its headquarters from Yale’s Lewis Walpole Library in Farmington, Connecticut, to an office in the Divinity School allowing for more interaction with students and faculty and greater access to the libraries on main campus.

The two scholars bring different perspectives in their editorial work. Grant-Costa has experience as a linguist, historian, and lawyer. Glaza provides expertise in land use, ethnobotany, and Native studies.

Part of the editors’ work is recovering a fragmented and scattered documentary record.  “While there’s an occasional discovery of new material, many of the New England Indian manuscripts we work with are there in plain sight but sometimes overlooked by researchers,” says Glaza. “It’s our job to identify these documents and through annotation place them in the proper historical context. With materials from many different institutions interacting with each other, the result is richer, more authentic and significant historical narratives.”

By analyzing the documentary texts, Grant-Costa and Glaza have also been able to recover information about New England Native spaces as well as stories. Land deeds, letters, and petitions often describe in detail Native villages and historically important areas. With the assistance of Yale Map Library director, Abe Parrish, the researchers will soon be linking their documents geospatially onto the landscape through ESRI-GIS mapping software.

As members of the Yale Group for the Study of Native Americans, Grant-Costa and Glaza are part of the larger Native American community at Yale. They have participated in a summer teaching institute at the Peabody Museum of Natural History, helping primary and high school teachers incorporate primary source materials on Native peoples into their curricula. They have advised students from Yale and across the globe on course papers, senior essays, masters’ theses, and dissertations.

“In the last few years we’ve been assisting several Oxford students with their academic work on New England Native communities,” added Glaza. “We can easily send documents across the Atlantic. It’s one of the benefits of being a digital project.” The editors also involve students in the editing process, which provides a hands-on experience for a profession that’s not often addressed in class curricula, they note.

In addition, a growing number of scholarly book projects use YIPP resources. David Silverman, a professor of history at George Washington University, used the YIPP website to support his own research for a recent biography on “Ninigret, the Niantic and Narragansett Sachem: Diplomacy, War, and the Balance of Power in Seventeenth-Century New England and Indian Country.”

“I went on the website and was simply dazzled by what I saw there,” he said. “Paul and Toby go beyond canvasing archives in New England and the United Kingdom. They scan the documents, transcribe them into typescripts, and then edit them, identify the people, set the context for the letters, and plot the historical background.”

Like many researchers, Silverman has faced the challenge of identifying documents scattered among numerous counties and towns throughout New England. In addition, because the materials are so delicate, researchers cannot have access to the originals and are left with poor facsimiles.

“They’ve done a lot of the legwork for everybody,” Silverman said. “On top of that, they have materials from the U.K., some of it buried in obscure places no one would think to look.”

Last semester Silverman taught a class on King Philip’s War. He asked his students to look at a manuscript document in 17th-century Secretary hand and try to read it. After the students spent several hours on the document — without getting further than about two lines — he surprised them by letting them know there’s a typescript on the YIPP site.

“For undergraduates above all this site is an absolute boon for research,” he said. “Professional historians might have the means to travel to archives and the training to decipher them, but not an undergraduate trying to do a history research paper. The YIPP now allows them to do it remotely and opens up the field.”

In their present work, Grant-Costa and Glaza have incorporated a number of New England Native missionary materials from the 17th to 19th centuries, a topic that aligns well with their new home in the Divinity School.

“As we’ve digitized, catalogued, and edited materials we’ve see certain themes come up over and over again, such as New England missionary activity within Native communities,” said Glaza, who noted that that feedback from website users showed a corresponding interest in learning more about these missionary endeavors. Among the missionary materials Grant-Costa and Glaza have been researching are diaries of missionaries and their activities on reservations; sermons and lectures that they preached; interactions with Native people on the reservations; and reports back to their funders or general assemblies of Connecticut or Massachusetts Bay.

One prominent figure is Samson Occom, a Mohegan minister from New London, Connecticut. The YIPP archive contains a number of documents related to and written by Occom. A recent discovery of a rare document in the collections of the Leffingwell House Museum in Norwich, Connecticut, has been linked to Occom, causing some excitement in the field of Native American research.

The document in question is the deathbed statement of a Christian Mohegan woman, the niece of a prominent missionary named Samuel Ashbow, who was one of Occom’s mentors. Ashbow and the girl’s father were traveling when she died, so Occom wrote down her deathbed statement as a record for her family when they returned.

“There aren’t too many Native examples of Christian deathbed statements for this time period,” said Grant-Costa.

Even more exciting for the researchers is the prospect that the document may be from one of Occom’s lost journals from that time period.

“This record may be part of his journal. It has the same shape and form as the little booklets he used, but scholars thought these were lost,” he said. “Maybe they’re not lost, but are scattered in other places.”

Grant-Costa and Glaza met with the Mohegan Council of Elders and several tribal cultural representatives to share their most recent discovery and to get advice in confirming the identity of the individuals mentioned within the document.

Teresa Berger, professor of liturgical studies and the Thomas E. Golden Jr. Professor of Catholic Theology at the Divinity School, recently used the deathbed narrative in her class, “In the Face of Death: Music, Worship and Art,” which she teaches with Markus Rathey, associate professor of music history. The interdisciplinary course draws students in the fields of religion and visual arts, poets and musicians, and doctors and social workers, as well as students training for ordained ministry.

“Paul told me about this document, which I found so intriguing given the class I’m teaching,” said Berger. “We had just finished a session looking at African-American mourning stories, accounts of death, and burial in the 20th century, but had not done anything about Native American accounts.”

“I think this is the first one I’ve seen from a Native American,” she said. “What struck me, given that it’s such a unique document, is how it fits into the tradition of deathbed narratives of Christians and what constitutes a ‘good’ death.”

Berger added that if she teaches the course again she may well dedicate a session to the deathbed narrative and invite Grant-Costa and Glaza as guest speakers, as well as contemporary Native American cultural leaders to talk about practices around death and dying.

With assistance from Yale Divinity School Library’s Graziano Kratli, Grant-Costa and Glaza hope to launch their expanded website in the next year. The new site will be “an innovative exploratory digital humanities research tool,” said Grant-Costa, who adds that he looks forward to having a new platform that will support even more integrated materials, interactive maps, a timeline, and dynamic cataloguing.

“One goal of the project is getting the record out; another is starting a conversation where everyone is welcome to the table,” said Grant-Costa. “That’s what scholarship should be. Yale is a humanities-based institution, and this is a humanities research project, with a strong social justice component designed to give voice to a marginalized history.”

He also stressed the importance of continuing to work with Native peoples in their research.

“It’s very important to bring Native scholars into the discussion,” said Grant-Costa. “Yale is connected with Indian people in New England very deeply. The university’s history shows that many Yale graduates interacted with the region’s Native communities, as missionaries, teachers, overseers, governmental agents, or as inquisitive historians, — including Ezra Stiles, Timothy Dwight, and Abraham Pierson, the first rector of Yale. During the 20th century, we’ve lost that connection. This project, in some ways, is re-establishing the Yale legacy of working with local Native people in a positive way. It’s important that they be part of this project as colleagues and have a voice at Yale.”