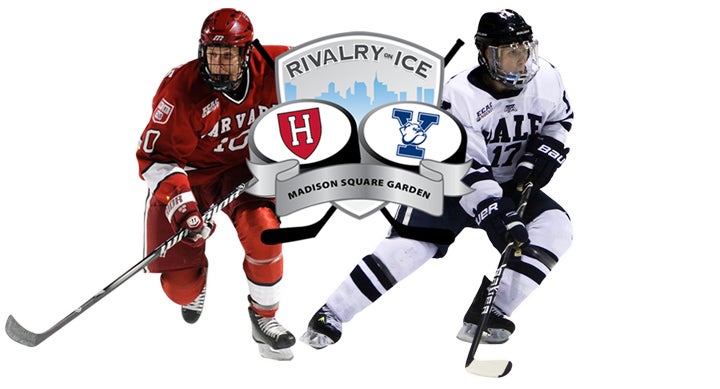 The Yale and Harvard men’s ice hockey teams will return to Madison Square Garden for their second annual “Rivalry on Ice” game at 8 p.m. on Saturday, Jan. 10.

In the inaugural game last January, Yale defeated Harvard in front of a capacity crowd. Among those on hand for the first “Rivalry on Ice” showdown were Secretary of State John Kerry ’66, who helped drop the puck.

Tickets are now on sale through Ticketmaster and the Madison Square Garden website. Harvard fans can also purchase tickets through the Harvard Athletic Ticket Office (617-495-2211) or at tickets.gocrimson.com. Yale fans can purchase tickets at the Yale Athletic Ticket office (203-432-1400) or at athletic.tickets@yale.edu. Tickets will also be available at the Madison Square Garden box office.