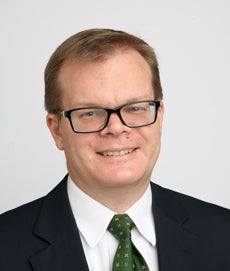 Michael Forsythe, correspondent for the New York Times, will speak at Yale on Wednesday, Oct. 1 as a Poynter Fellow in Journalism.

Forsythe will give a talk titled “Guarding Press Freedoms in the New Gilded Age: The Challenge of China” at 4 p.m. in the Luce Hall Auditorium, 34 Hillhouse Ave. The event is co-sponsored by the Council on East Asian Studies at Yale and Berkeley College.

Since December 2013, Forsythe has been a staff reporter for the New York Times’ Hong Kong bureau. He previously spent 13 years at Bloomberg News, serving in its Hong Kong, Beijing, and Washington bureaus. During his last two years at Bloomberg, his series of stories about the wealth of China’s political elite garnered him numerous accolades, specifically the George Polk Award and the Asia Society’s Osborn Elliott award both in 2013.

This controversial series of stories made Forsythe the subject of a news story himself when Bloomberg news refused to publish one of his articles in deference to Chinese concerns. Bloomberg later suspended him from the news organization. The episode has spurred debate on whether serious foreign journalism is possible in China, a topic which Forsythe will discuss in his talk.

The Poynter Fellowship in Journalism was established by Nelson Poynter, who received his master’s degree in 1927 from Yale. The fellowship brings to campus journalists from a wide variety of media outlets who have made significant contributions to their field. Among recent Poynter fellows are Jill Abramson, Seymour Hersh, and Emily Nussbaum.