Since the 18th century, poetry has been a cornerstone of the Yale curriculum. In honor of his reunion this May, Frederick Iseman has established the university's first chair of poetry in Yale’s Faculty of Arts and Sciences.
Share this with Facebook Share this with Twitter Share this with LinkedIn Share this with Email Print this 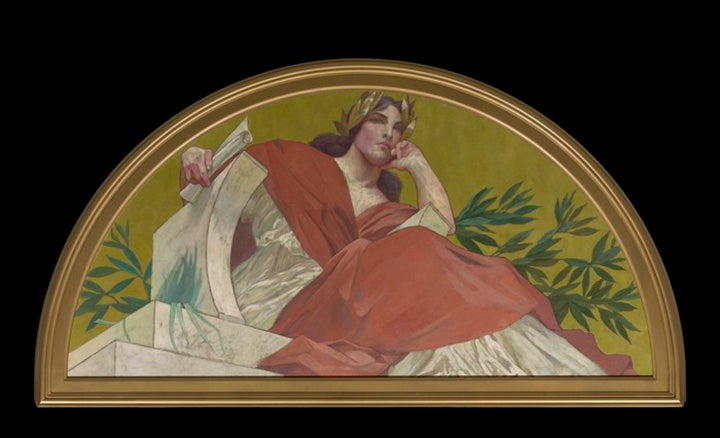 Since the 18th century, poetry has been a cornerstone of the Yale curriculum. The university has been home to many distinguished figures in its teaching and study — among them William Lyon Phelps, known for his charismatic recitations of Tennyson, poet and New Criticism co-founder Robert Penn Warren, and Marie Borroff, a renowned poet, translator, and pioneer in the art of computer poetry.

Now, the university has its first endowed professorship dedicated solely to the field.

In honor of his class’ 40th reunion this May, Frederick Iseman has established a chair of poetry in Yale’s Faculty of Arts and Sciences. The Frederick Iseman Professor of Poetry Fund will support a recognized living poet or a scholar who teaches poetry or dramatic poetry of any era. Those appointed may teach poetry in English, French, Italian, Spanish, German, Russian, ancient Greek, or Latin.

“Poetry has historically been crucial to a Yale education, and its many forms are explored in various courses of study,” said President Peter Salovey. “It is a vital medium for gaining insight about the human condition. The Iseman Professorship will support scholars and practitioners across many languages and literatures, and I am deeply grateful to Fred for his support.”

“I wanted to put a stake in the ground to show support for the humanities at Yale,” said Iseman, chair and chief executive officer of CI Capital Partners LLC, which he founded in 1993. “I am grateful for Peter’s strong support of my view, as a former English major, that having an endowed professorship of poetry will fill a pivotal place in the academic roster of the humanities at Yale. Oxford has had one since 1708. We speak Shakespeare, Milton, Pope, Yeats, and Eliot every day without knowing it. Having a great poet like Penn Warren, W.H. Auden, Robert Graves, or Seamus Heaney in residence can galvanize a campus.

“This professorship is very broad — it can cover the work of Chaucer, Dante, Catullus, and Aeschylus, all the way to Akhmatova, Rilke, Lorca, and Beckett,” Iseman said. “Yale has a surpassing commitment to the humanities, and I want to help that any way I can.”

Named chairs like the Iseman Professorship are an important source of funding for Yale’s faculty. Invested within the Yale endowment, these chairs ensure a substantial and reliable flow of funds for teaching and research activities. Equally important, when a current or newly recruited faculty member is appointed to a named chair, it signals Yale’s high regard for that scholar as well as a lasting commitment to his or her area of expertise. The prestige of endowed chairs helps recruit and retain accomplished individuals, who are appointed by the university’s president.

A longtime donor to Yale, Iseman supports the Yale School of Drama, in recognition of which its Frederick Iseman Theater was named. Through two gifts, he organized and continues to fund the Iseman Met Opera Broadcasts at the Yale School of Music, which streams free live broadcasts of Met Opera performances to the entire Yale community at Sprague Hall. He has supported Yale’s Genocide Studies Program and endowed the directorship of the Yale Center for the Study of Globalization.