A diagram by a Yale-led scientific team that charts the connections between all living bird species is now on display at the British Library as part of the exhibition “Beautiful Science: Picturing Data, Inspiring Insight.”

The exhibition features four centuries of scientific illustrations — from maps and diagrams to interactive computer programs to visualizations of data from satellites and gene sequencers — with the earliest dating back to 1603. The exhibition will be on view through May 26.

The Yale diagram (shown below) is the most comprehensive family tree for birds to date. It tracks the evolutionary history of the nearly 10,000 living species of birds and offers details about where each species developed. The image was published in 2012 in the journal Nature in conjunction with research led by Yale biologist Walter Jetz. (See the original YaleNews story.) 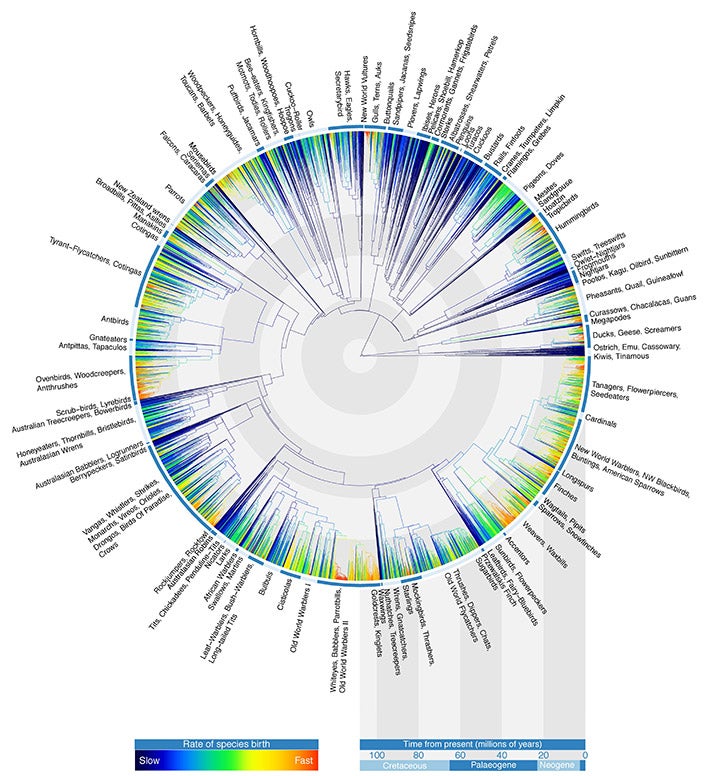