Yale’s two laureates were among those honored at the 2013 Nobel Prize Award Ceremonies in Stockholm on Dec. 10.

Rothman earned a Nobel Prize for his work on how molecular messages are transmitted inside and outside of our cells. He shares the prize with Randy Schekman of the University of California, Berkeley and Thomas Südhof of Stanford University.

Shiller shared the prize with Eugene F. Fama and Lars Peter Hansen from the University of Chicago. The three were honored “for their empirical analysis of asset prices.” 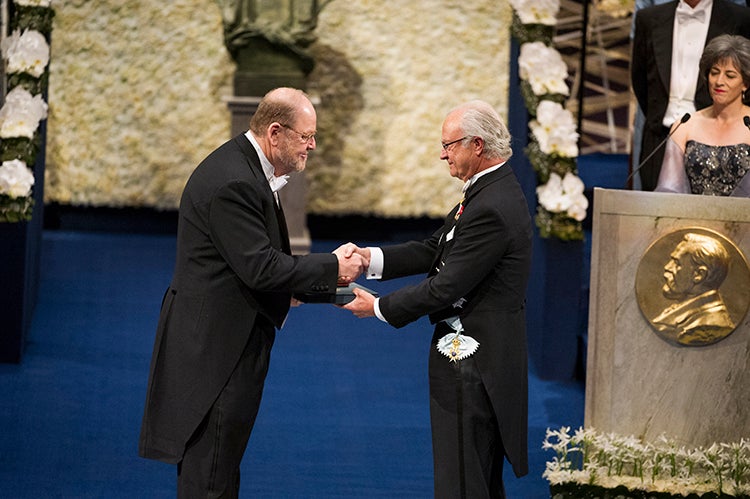 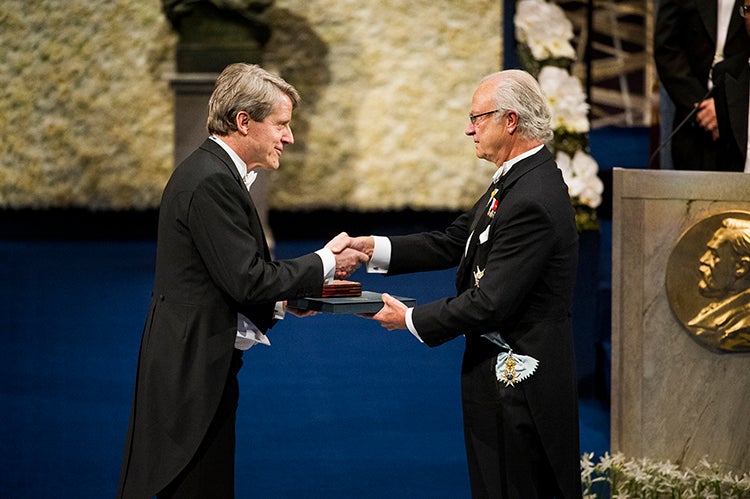