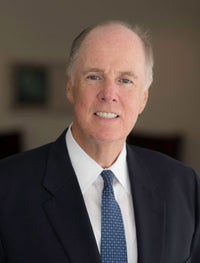 Donilon served as national security adviser to President Obama until June of 2013. In that capacity, he oversaw the National Security Council staff, chaired the cabinet-level National Security Principals Committee, provided the president’s daily national security briefing, and was responsible for the coordination and integration of the administration’s foreign policy, intelligence, and military efforts. Donilon has worked closely with, and advised, three U.S. presidents since his first position at the White House in 1977.

During the Town Hall Meeting Donilon will be interviewed by Marc Grossman, the Kissinger Senior Fellow at the Jackson Institute, and former U.S. Ambassador to Turkey.

The Jackson Institute for Global Affairs is a centerpiece of Yale’s efforts to internationalize its teaching curriculum, to attract the most talented students and scholars to Yale from around the world, and to deepen the university’s engagement abroad. Established in April 2009 with a gift from John W. and Susan G. Jackson, the institute administers Yale’s master’s program and undergraduate major in global affairs. The Jackson Institute also provides career counseling and placement assistance to students wishing to pursue a career in public service.

The event is open to the public and will take place in the Luce Hall Auditorium, 34 Hillhouse Ave., at 5:30 p.m.