President Barack Obama has nominated alumna and former Yale trustee Janet Louise Yellen ’71 Ph.D. as chair of the Federal Reserve. She will replace Ben S. Bernanke, whose term expires on Jan. 31. Yellen’s appointment, if confirmed, will make her the first woman to lead the world’s most powerful central bank. 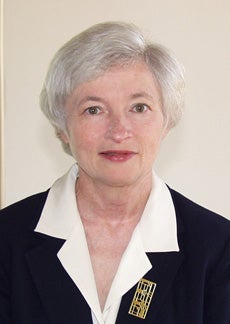 Yellen, a Democrat, currently holds the number two position in the Federal Reserve, and would be the first vice-chair to ascend to the top post. Prior to that, the economist and professor was president and chief executive officer of the Federal Reserve Bank of San Francisco, chair of the White House Council of Economic Advisers under President Bill Clinton, and professor emerita at the University of California-Berkeley’s Haas School of Business.

She received the Wilbur Cross Medal from the Yale Alumni Association in 1997, served as an alumni fellow on the Yale Corporation 2000-2006.

The Yale alumna will head the Federal Reserve during a critical time, as the bank considers reducing its stimulus programs supporting the economy, without damaging the recovery.