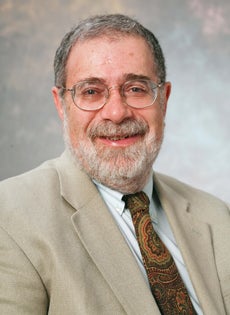 Dr. Jordan Pober, recently appointed as the inaugural Bayer Professor of Translational Medicine, conducts research aimed at understanding the functions of vascular endothelial cells in inflammatory and immune responses and, reciprocally, how inflammation and immunity affect vascular health and function.

Bayer is committed to translational research and has established this professorship in recognition of shared goals with the Yale School of Medicine to improve the translation and delivery of fundamental scientific discoveries in human health, from the laboratory into the clinic, engaging in innovative and collaborative research, with the broader goal to deliver improved patient care.

Pober is particularly interested in how insights from experiments with human cells and tissues can be used to improve organ replacement therapy, to improve tissue engineering, and to regenerate injured tissues.

Pober serves as director of the Human and Translational Immunology Program and is vice-chair of the Department of Immunology’s Section of Human and Translational Immunology. He earned his M.D. and Ph.D. in molecular biophysics and biochemistry in 1977 in Yale’s Medical Scientist Training Program. After a residency at Yale-New Haven Hospital and postdoctoral work at Harvard University, he completed his training at Brigham and Women’s Hospital, where he then was an attending pathologist from 1981 to 1991, during which time he also taught at Harvard Medical School. He returned to the Yale School of Medicine in 1991 as a professor of pathology and immunobiology, and became a professor of dermatology in 1998.

He was named director of the Molecular Cardiobiology Program at the Boyer Center for Molecular Medicine in 1991 and founded the Vascular Biology and Transplantation Program in 1999. In 2007, he stepped down as the director of the program when appointed to his current posts. He was named the Ensign Professor of Immunobiology in 2011.

The Yale scientist has been honored as a Searle Scholar, an Established Investigator of the American Heart Association and a MERIT awardee of the National Heart, Lung, and Blood Institute. He received the Warner Lambert-Parke Davis Award in 1988 and the Rous Whipple Award in 2011 from the American Society of Investigative Pathology.

Among other professional activities, Pober is the co-founder and co-director of the joint Yale-Cambridge University Biomedical Research Program.