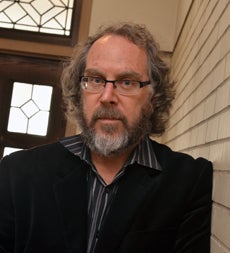 Matthew F. Jacobson, the newly appointed William Robertson Coe Professor of American Studies and History, has broad research and teaching interests spanning the topic of race in U.S. political culture from 1790 to the present.

Among the topics he teaches are U.S. imperialism, immigration and migration, popular culture, and the juridicial structures of U.S. citizenship. He is the author of “What Have They Built You to Do?: The Manchurian Candidate and Cold War America” (with Gaspar Gonzalez, 2006); “Roots Too: White Ethnic Revival in Post-Civil Rights America” (2005); “Barbarian Virtues: The United States Encounters Foreign Peoples at Home and Abroad, 1876-1917” (2000); “Whiteness of a Different Color: European Immigrants and the Alchemy of Race” (1998); and “Special Sorrows: The Diasporic Imagination of Irish, Polish, and Jewish Immigrants in the United States” (1995). He is currently at work on “Odetta’s Voice and Other Weapons: The Civil Rights Era as Cultural History.”

Jacobson, who holds appointments in the Departments of History, American Studies and African American Studies, also began a project, called “Our Better History,” and an accompanying website, “The Historian’s Eye,” to document “the experience of sweeping historical forces at street level; to render the diversity of worldviews and outlooks; to give voice to a vernacular analysis and wisdom that outshines our ‘punditry’ more often than we are ever encouraged to imagine,” as he explains on the site. It has covered such events as the inauguration of the nation’s first black president, the rise of the Tea Party, Wall Street protests, and the effects of recession on various American communities, among others, and features online interviews with Americans from various backgrounds and political persuasions.

He is a former chair of American studies at Yale and serves as president of the American Studies Association.