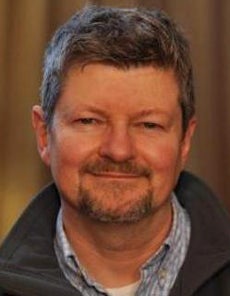 The chair of the Department of History, he is also the co-director of the Yale Research Initiative on the History of Sexualities and has served as chair of Lesbian, Gay, Bisexual, and Transgender Studies. He is the author of “Gay New York: Gender, Urban Culture, and the Making of the Gay Male World, 1890-1940,” a field-shaping book which won the Organization of American Historians’ Merle Curti Prize for the best book in social history and the Frederick Jackson Turner Prize for the best first book in any field of history, as well as the Los Angeles Times Book Prize and Lambda Literary Award. He has also published “Why Marriage? The History Shaping Today’s Debate Over Gay Equality” and co-edited three books and special journal issues. He is currently completing another book, “The Strange Career of the Closet: Gay Culture, Consciousness, and Politics from the Second World War to the Gay Liberation Era.”

Chauncey, who earned his doctorate in history from Yale in 1989, joined the faculty in 2006 after teaching for 15 years at the University of Chicago. He has also taught at Rutgers and New York universities and the École Normale Supérieure in Paris. He was awarded Yale’s Sidonie Miskimin Clauss Prize for Teaching Excellence in the Humanities in 2012 and has been the recipient of fellowships from the John Simon Guggenheim Foundation and the National Humanities Center, among others. Since 1993, he has participated as a historian in more than 20 gay rights cases, serving as the lead author of the Historians’ Amicus Brief in the 2003 Lawrence v. Texas case and testifying as an expert witness on the history of antigay discrimination in Perry v. Schwarzenegger, the challenge to California’s Proposition 8.