Taylor Ritzel ’10, a member of the U.S. Women’s Eight team (rowing), is the first Yale affiliate in the 2012 Olympics to win a gold medal.

In the same race on Aug. 2, Ashley Brzozowicz ‘04 and her fellow Canadian rowers won the silver medal, while the Australian team — which includes Tess Gerrand ’10, came in sixth place.

The U.S. Women’s Eight, which also won in the Beijing Games in 2008, successfully defended its title after leading in the race from start to finish, winning in a time of 6 minutes, 10.59 seconds. Canada finished a half-length behind in second, and the Netherlands took the bronze in the Dorney Lake race. 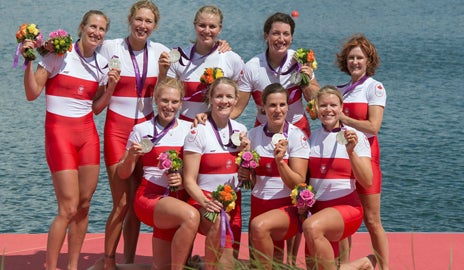 Ritzel, a three-time national champion at Yale and the youngest member of the Women’s Eight, has said in media interviews that she would row in the Olympics in memory of her mother, who died of breast cancer in 2010.