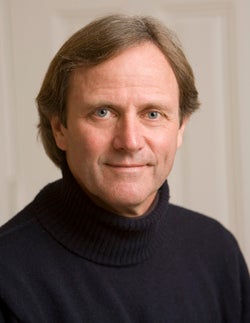 John P. Wargo, newly named as the Tweedy/Ordway Professor of Environmental Health and Politics, is an expert on the threats to human health posed by environmental hazards.

His book titled “Our Children’s Toxic Legacy” won the American Publishers Association Prize for best book in political science in 1998. His most recent book, “Green Intelligence,” published by Yale University Press in 2009, examines the history of science and law regulating pesticides, radionuclides, diesel emissions, mercury in the food chain, and plastics. It won several awards, including the Independent Publisher Book Award Gold Medal (2010) in the Environment, Ecology and Nature category. His current work includes an exploration of the growing tension between tighter, more energy-efficient buildings and the increased diversity and concentration of chemicals in indoor areas. He is also a co-author of “Ecosystems: Science and Management,” published in 1998.

Wargo has testified before the U.S. House of Representatives and the Senate recommending legal strategies to protect children from environmental hazards, and has served on a variety of advisory boards for the Environmental Protection Agency, U.S. Centers for Disease Control, World Health Organization, and Food and Agriculture Organization.

He has also made contributions to the teaching of environmental studies to doctoral and master’s degree students and undergraduates at Yale, with a particular focus on environmental policy, politics, law, and threats to human health. As chair of the environmental studies major in Yale College, Wargo has played a key leadership role over the past decade in the design and growth of the major, building partnerships between faculty in  the School of Forestry & Environmental Studies and those in other departments and professional schools to encourage others to teach and mentor students in the major. The major has nearly tripled in the last five years. His own course, “Environmental Politics and Law,” is one of the most subscribed classes in Yale College, and is featured as a Yale Online course.