Book: The Conversion of Scandinavia 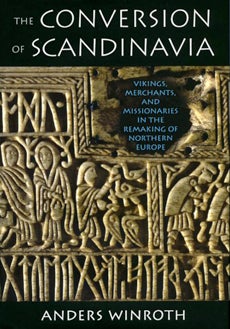 The Conversion of Scandinavia: Vikings, Merchants, and Missionaries in the Remaking of Northern Europe

In this book, Anders Winroth argues for a radically new interpretation of Scandinavia’s conversion from paganism to Christianity in the early Middle Ages.

Overturning the received narrative of Europe’s military and religious conquest and colonization of the region, Winroth contends that, rather than acting as passive recipients, Scandinavians converted to Christianity because it was in individual chieftains’ political, economic, and cultural interests to do so.

Through analysis and historical reconstruction of both archeological and literary sources, and drawing on scholarly work that has been unavailable in English, Winroth opens up new avenues for studying European ascendancy and the expansion of Christianity in the medieval period.