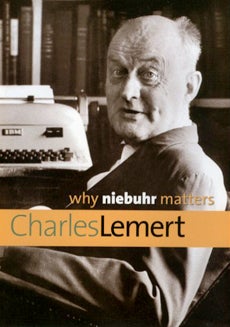 Charles Lemert, senior fellow at the Center for Comparative Research

In “Why Niebuhr Matters,” Charles Lemert investigates why interest in Reinhold Niebuhr, an influential religious thinker in mid-20th-century America, is rising and how he might provide some of the answers to the problems in today’s turbulent world.

Niebuhr challenged and rethought the non-socialist Left in American politics. He developed a political realism that refused to sacrifice ideals to mere pragmatism, or politics to bitterness and greed. He examined the problem of morality in an immoral society and reimagined the balance between rights and freedom for the individual and social justice for the many.